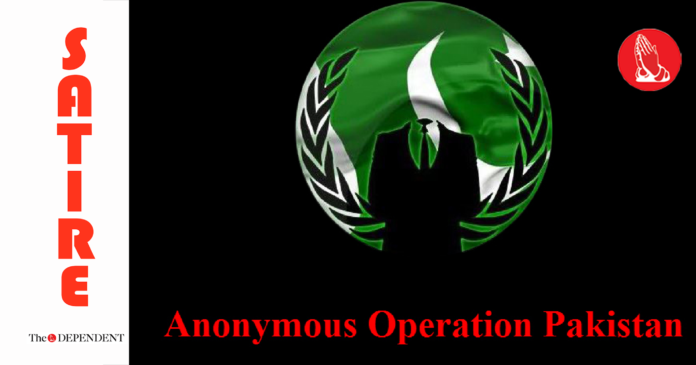 ISLAMABAD – The nation has been hacked, confirmed the Federal Ministry of Information and Broadcast on Friday. The announcement came amid growing complaints about inflation and financial troubles, which the government confirmed were fake.

“The Twitter, Facebook and Instagram accounts of the nation have been hacked. Messages being posted on these accounts are not from the people of Pakistan,” noted the ministry in an official delete posted on Friday.

In a separate message released for the media, the Federal Ministry of Information and Broadcast also confirmed that not only were the social media accounts of the nation hacked, the nation has been hacked in person as well.

“If you see any living person uttering criticism targeting Prime Minister Imran Khan, complaining about rising inflation, non-payment of salaries, unemployment or anything wrong at all with the government, know that they have been hacked, and are not a real person,” noted the ministry in the official press statement.

Talking exclusively with The Dependent, Federal Minister of Science and Technology Shibli Faraz said his ministry is already researching how the nation as a whole has been compromised.

“After researching the 4-D impact of Western values on Pakistani families, our next assignment is to do research on how living beings, just like their digital accounts, are being hacked by the enemies of Pakistan,” Faraz said.