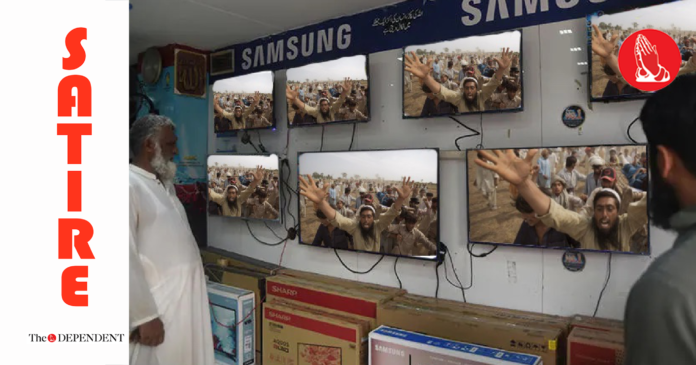 The Pakistani news media should now stop discussing the horrible lynching incident in Muridke and move on to other topics. These views were expressed by eminent media critic and columnist Sajid Bhatti in his latest YouTube video while a live video of the ongoing incident was also streaming live on the platform.

“Enough already,” he exclaimed. “How many times will the media discuss this? Okay, cover it and then move on, please! I bet the Indian media are having a field day with this, tarnishing the image of Pakistan.”

“The media just won’t let this Muridke issue die,” said Bhatti, while the Muridke school teacher in question was dying of internal injuries due to assaults by a crazed mob before being lynched.

“This is all the news channels are broadcasting since the past half-an-hour since the DSNG vans reached the spot from Lahore,” he said. “Half an hour! Time that could have been spent on positive stories like mangoes and Diamer-Bhasha Dam.”