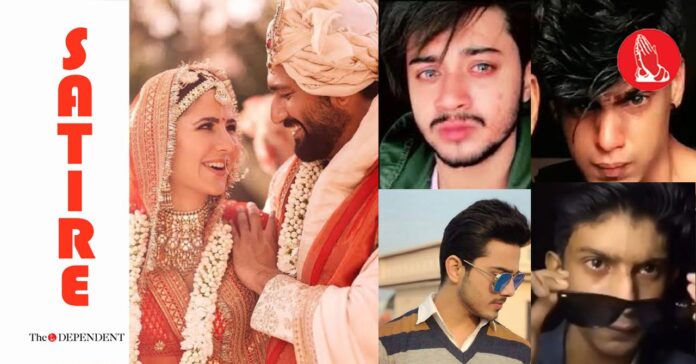 An estimated upwards of 543,000 young men from India and Pakistan have expressed their intentions to take their composite Central Superior Services (CSS) exams in Pakistan and the Union Public Service Commission’s (Civil Service Examination) after their respective ‘affair’ with Bollywood actress Katrina Kaif ended with her marriage to fellow actor Vicky Kaushal.

“I’ve had it with people who can’t wait for someone sincere,” said Pune resident Abhay Dehashta. “I will use this betrayal as an opportunity to better myself.”

“I have learnt a lot from this experience. I am not going to go Devdas on this or anything”, he said, while pouring himself his fourth peg of Old Monk.

His views were echoed by that of Saleem Cheema, a resident of Lahore. “I have  already bought the books. While she was getting ready for her mehndi, I was in Khalid Book Depot, buying my IR and Forestry books, which I have chosen as my optional subjects,” he said.

“I did see the photos, though,” he admitted. “But only a couple of times every night.”

“Mera……inteqaam dekhegi….,” said Cheema of a honeymooning Kaif who, till the filing of this report, was completely oblivious about his, Dehashta or the rest of the 1.5 million boys’ existence.