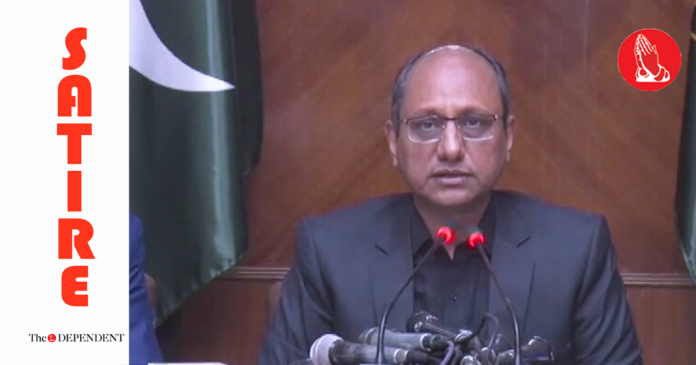 KARACHI – Sindh Information Minister Saeed Ghani on Thursday said no protest or rally can be allowed to enter the Red Zone unless its participants and leaders explicitly deem an entire religious community to be liable to be murdered.

Contesting the claims of the Muttahida Qaumi Movement-Pakistan’s (MQM-P) Ghani said the Sindh government, or police, isn’t specifically targeting anyone and the same rule applies to everyone.

“If they want to enter Red Zone, they should chant ‘kafir kafir’ slogans and no one will stop them,” Ghani said while addressing a press conference.

“You need to accuse specific sects of being infidels and then clearly ask for their genocide, otherwise you cannot be allowed anyway near any sensitive area of Karachi,” he added.

The Pakistan People’s Party (PPP) leader, however, clarified that if violence in the name of a specific brand of Islam isn’t your thing, and you want to fuel ethnic turmoil, that has its clear guidelines as well.

“With ethnic violence we have a clear pecking order,” Ghani said, clarifying that any movement in that regard would have to keep the order in mind.

“So, my advice is that ethnic and racial volatility be channelised according to the government’s instructions. To defy the government you should opt for violence in the name of Islam,” he clarified.