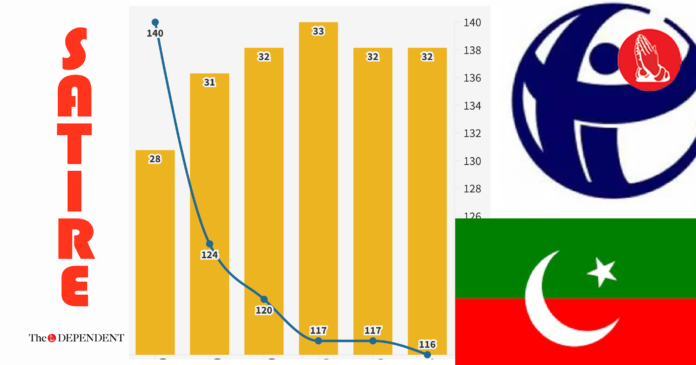 “After a series of consultations with the supporters of the PTI, we have come to the conclusion that Transparency International is nothing more than a mouthpiece of the corrupt Raiwind Mafia,” said govt spokesperson Shehbaz Gill.

“These are not baseless allegations that we are making,” he maintained. “The evidence is quite clear: they have just called the current government more corrupt than the previous one. What more proof do you need?”

“We will be monitoring their activities closely and if they repeat the same performance next year, we will give them an even worse ranking next year.”

- Advertisement -
Facebook
Twitter
Linkedin
WhatsApp
Email
Previous articleDecided to be more dangerous out of govt per PM’s manifesto: Shehzad Akbar
Next articleProtestors will not be allowed to enter Karachi’s Red Zone unless they demand genocide of specific sect: Ghani