‘Will attack when it is warm enough to do so,’ NATO warns Russia 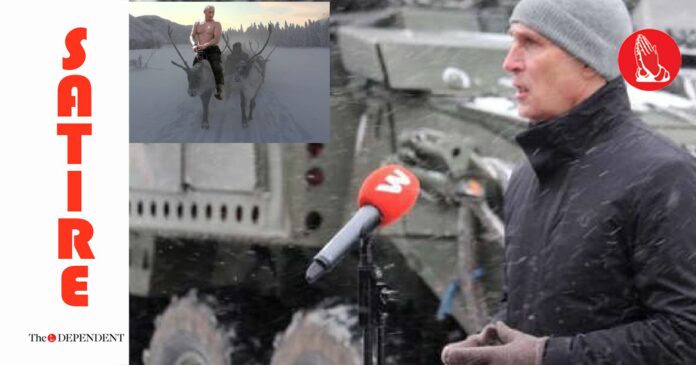 BRUSSELS: Nato on Tuesday said it is all set to attack Russia as soon as the weather becomes suitable to contest a war across Europe’s eastern front. Nato Secretary General Jens Stoltenberg told a press briefing that the military alliance was about 20 degree Celsius away from a full-blown war with Russia.

“After reaching out to Russia once again to try to pursue a path of dialogue and find a political solution, we are now declaring war. Given the political climate, all we need is the physical climate to become suitable, and then we will attack Russia,” Stoltenberg told the media.

Conforming that the western alliance wanted to learn from history and the failures in Russia of two prominent military leaders in the 19th and 20th centuries respectively, the Nato secretary general said Russia should be scared the moment the temperatures rise to the late teens in degrees Celsius.

“History teaches us to be wary of Generals January and February, but we know that Generals March and definitely April are beatable. Those that follow are even more vulnerable,” Stoltenberg announced.

As the escalation mounts in and around Ukraine, sources in Kremlin have informed The Dependent that the Russian president Vladimir Putin isn’t going to wait for temperatures to rise.

“[Putin] is already there and he’s personally ensuring that the temperature and the climate will never be to Nato’s liking as Russia gears up head westwards,” Russian Deputy Foreign Minister Alexander Grushko told The Dependent.