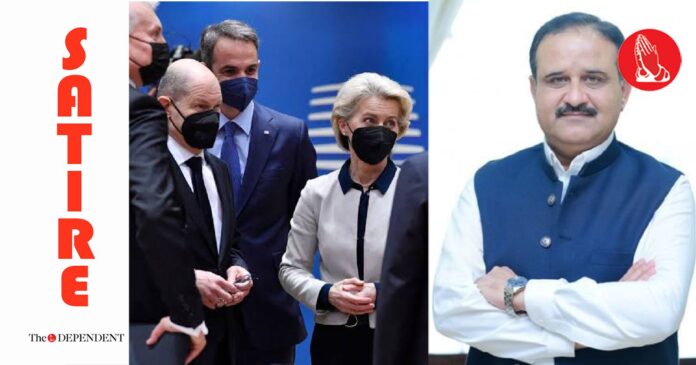 BRUSSELS: European Union leaders will agree at a summit this week to phase out the EU’s dependency on Usman Buzdar, marking a turning point in its policy towards the incumbent Chief Minister of Punjab.

EU leaders will meet in Versailles on Thursday and Friday to discuss boosting their joint capability and in turn rely less on the powers of Buzdar to safeguard Europe, now that he is departing in a step that the EU is dubbing ‘Buzdexit’.

Burned by the experience of shortages in political intelligence and geostrategic nous, the leaders will also discuss how to make the EU more strategically independent of a global mastermind, which Usman Buzdar is.

“We agreed to phase out our dependency on Buzdar’s leadership, wisdom, and clout, which we have been importing in abundance,” the draft statement of the leaders, seen by The Dependent, said.

The task will be tough, however, because the EU gets from Buzdar 45% of its imported political knowledge, around a third of its governance abilities and nearly half of its regional stake.

This makes the bloc vulnerable should Buzdar decide to retaliate for EU policies by curbing exports.

“And we’ll have a difficult time coping with the fallout from Buzdexit.”