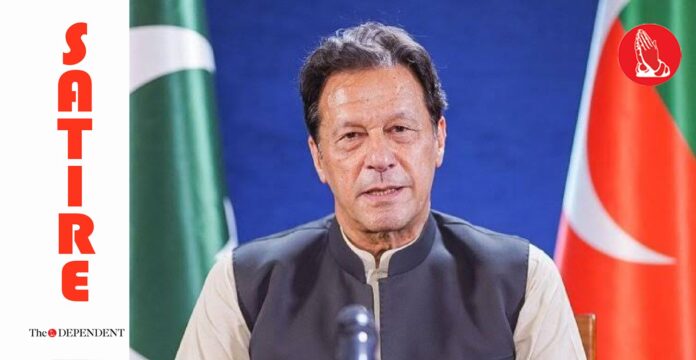 ISLAMABAD: Pakistan Tehreek-i-Insaf (PTI) chairman and former prime minister Imran Khan on Wednesday accused the enemies of Islam, Pakistan, and Imran Khan of targeting him based on his actions.

“They have prepared a plan against me using my own words against me,” he said in an address to supporters via video link from Islamabad.

“They have nefarious designs to make me deal with the consequences of my own actions. But the enemies of Islam, Pakistan, and Imran Khan should know by now that Imran Khan won’t do anything he doesn’t want to do – unless it’s in his own interests,” he added.

Imran’s statements come amid widespread allegations against him, with accusations citing the exact quotes and steps taken by the former premier to substantiate those claims.
In his address, Imran said that a “frightening conspiracy” was being devised to hold “Pakistan’s biggest political party accountable over its own claims”.

“Let me tell you […] this plot is extremely dangerous and can damage the country,” he said, recalling that when the PTI came to power, the coalition government and India were “pained” to see the things that Imran Khan’s party have openly regretted since going out of power.

“Just because we expressed regrets over being part of an arrangement does not mean we don’t want to be a part of it again,” Khan reiterated.