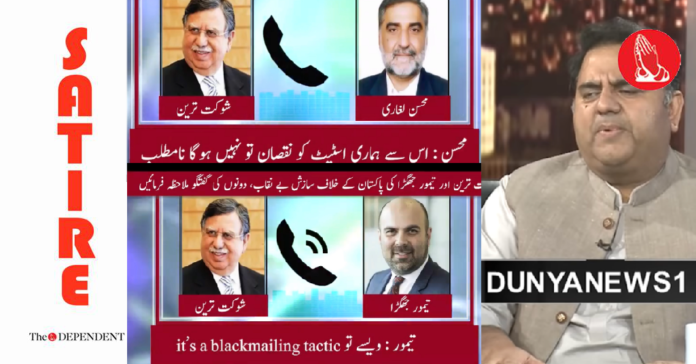 “This is going to have severe repercussions,” said Mubashar Zaidi, an Islamabad-based political analyst about the incident that will have no repercussions. “First, this plan, of scuttling the IMF’s loan program so that early elections can be held, was kept under wraps by revealing it on national television. But now it has been revealed by not being revealed.”

When contacted, former information minister Fawad Chauhdry expressed dismay at the media twisting the content of the calls to mean something that they didn’t.

“The conversations between Tarin, Jhagra and Leghari don’t expose the PTI’s plan of compromising our federal government’s financial stability,” he said. “Mine did. So no exposing needed. Me, it was me. Why does no one take me seriously?”