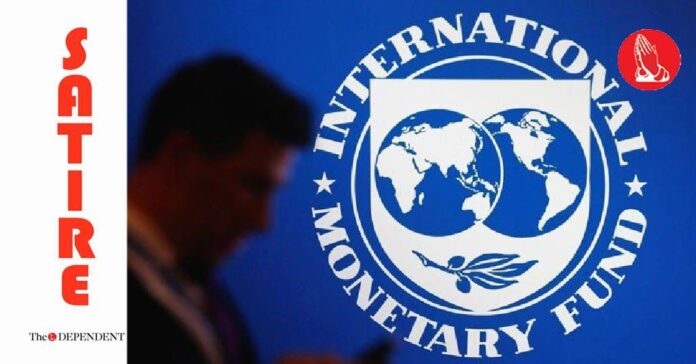 RAWALPINDI – An explicit video featuring high level politicians of the country is about to be leaked, The Dependent can excitedly confirm.

The video will feature members of a leading political party of Pakistan, having occupied high profile positions, seen in what the producers have described as a compromising IMF position.

The footage, which is available exclusively with the entire staff of The Dependent and their trusted, largely symbiotic, WhatsApp contacts, is stated to be the definitive proof of what one particular party wants to do in the country.

“Wow, they’re at it, right next to the letter,” expressed one viewer who may or may not have been clearly told by this scribe to delete the video immediately after watching it.

“Totally screwed!” exclaimed another viewer, whose excitement confirmed that the purpose of the video is about to be served.

This scribe, who had seen the video 116 times at the time of the filing of this piece, reached out to the producers to ask who came up with the name of the position.

“It’s an institutional call,” confirmed a member of the corps involved in the production of the video while talking to The Dependent.

“We felt that after the audio, the audience needed something more graphic and damning. Hence, we came up with the visual depiction of the compromising IMF position.”