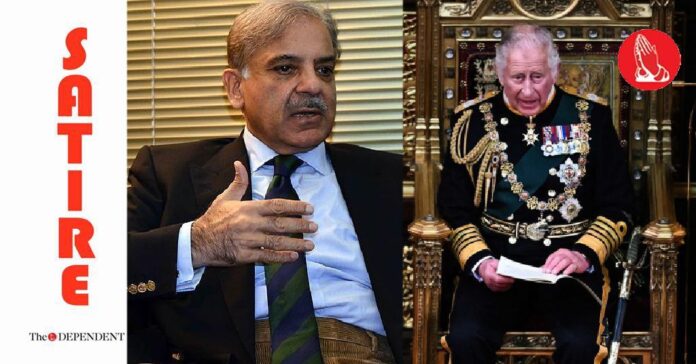 ISLAMABAD/LONDON: Crown Prince Shehbaz Sharif on Monday conveyed his sincere good wishes to King Charles III on his accession to the throne of the British monarchy.

“On behalf of the royal Sharif family, I wish to convey our sincere good wishes to His Majesty King Charles III on his accession to the throne,” he posted on his official Twitter handle.

“May the British and Sharif monarchies bond and flourish in our common headquarters in London. May both royal families continue to prosper under benevolent reigns,” the crown prince added.

“I know what it feels to wait so long to ascend to the throne of the royal family,” the crown prince told the king.

“But at least your monarchy does not have a ‘dillon ka king’ nonsense, where some of us are both at the helm and not quite,” Shehbaz added.

Sources confirmed that King Charles consoled Crown Prince Shehbaz and maintained that his time too would come.

“Actual time, that is. And trust me, the longer you wait the sweeter it is.”