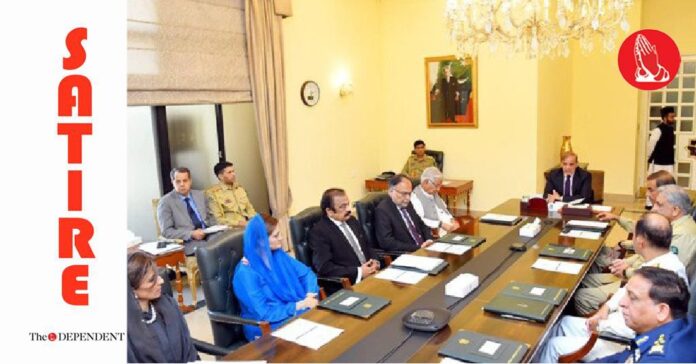 ISLAMABAD: The National Security Committee (NSC), in its meeting held in Islamabad on Wednesday, approved the constitution of a high-powered committee to improve the quality of audio leaks.

The meeting — which besides the prime minister and federal ministers was attended by services chiefs, heads of intelligence agencies and other senior officials — pondered over the audible clarity and sound quality of the leaks, vowing to incorporate the latest technology to make it better in future releases.

After consultation, the meeting also decided to prepare a “content framework” for the upcoming releases, and in that respect directed the nation’s topmost PR organisation for the formulation of a monitoring team working in tandem with editors to come up with the best possible productions.

“The focus here, however, would remain on ensuring that the leaks remain authentic, and hence the skill lies in proper editing of the audio to mould the context in our favour,” noted the powerful members of the NSC.

“Of course, we have an entire separate team dedicated to fabricating such content, so the focus of this team would be on keeping things genuine, but interesting,” they added.

The meeting agreed to review the leaks on a regular basis based on both their popularity and critical acclaim. “Soon we’ll be launching an awards ceremony for the audio leaks and reward everyone involved in various categories,” the powerful people maintained.