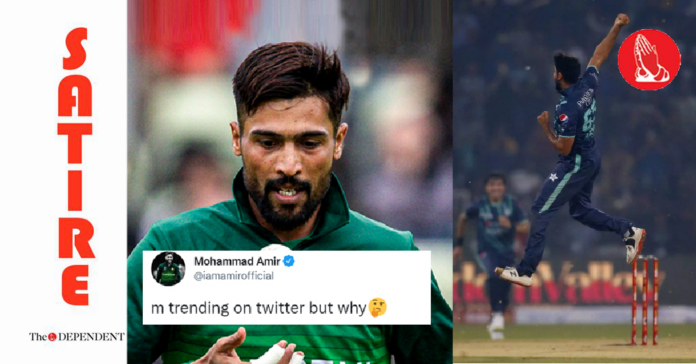 While reacting to the Twitter trend, Amir, who took retirement in 2020, asked his fans the question. “I am trending on twitter but why?” the left-arm pacer wrote as the nation’s cricket fans were praising the right-arm pacer Aamer Jamal for bowling a clutch final over to give Pakistan the win, and a 3-2 lead in the ongoing seven-match T20I series against England.

As many started to push for the inclusion of Aamer in the squad for the upcoming World T20, Amir hinted that he would be willing to consider taking his retirement back.

“Okay, okay, if this is what you all want, I will reconsider my retirement. I really cannot say no to all of you,” tweeted Amir, as the nation’s cricket fans continued to express their excitement about the prospect of yet another skilled fast-bowler making it up the ranks for Pakistan in the shape of Aamer Jamal.