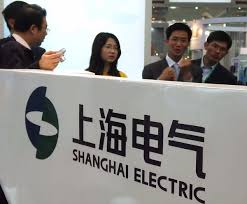 China’s state-backed Shanghai Electric Power said it is bidding to acquire a stake in K-Electric Ltd, which has a total market value of $2.3 billion.

“Our company has embarked on preliminary work on the acquisition of a stake in K-Electric. We have not entered into any exclusive negotiations yet and the size of the stake has also not been firmed up,” Shanghai Electric said in a statement on the Shanghai stock exchange on Monday.

It said it is not the only company participating in the bidding process.

Dubai-based private equity firm Abraaj Group has flagged its intention to sell its stake of about 66 per cent in K-Electric, which supplies power to over 2.2 million customers in and around Karachi.

As of Monday, Abraaj’s stake was valued at around $1.5 billion. The Pakistan government owns about 24 per cent in K-Electric.

The statement added: “Kindly note that we have not been notified of any transaction that has been entered with any entity regarding acquisition of K-Electric,” said company’s Director Finance Muhammad Rizwan Dalia in a stock notice.

Similarly, Engro Corporation also issued a statement to clarify that it has not made any decision to buy a shareholding in K-Electric.

In an interview with a local media outfit last month, Engro Corporation President Khalid Siraj Subhani had remained noncommittal. “Engro is not involved in the K-Electric transaction right now,” he had said.

According to a note issued by Arif Habib Limited, the government had privatised K-Electric with 73% transfer of ownership to a consortium comprising of Al Jomaih Group of Saudi Arabia and National Industries of Kuwait back in November 2005. A further change of ownership in the entity occurred in September 2008 when Abraaj Capital acquired a majority stake (69%) alongside complete management control.

The principal activities of K-Electric include generation, transmission and distribution of electricity, it said. “It has a consumer base of approximately 2.5 million customers comprising residential (47.4%), commercial (7.9%), industrial (32.3%) and public sector (12.4%),” it added.