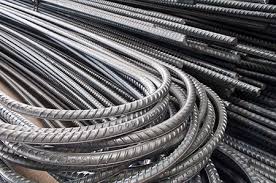 The local steel sector industrialists on Tuesday called upon the Pakistan Environmental Protection Agency (Pak-EPA) for restoration of closed steel industrial units and assured to cooperate for controlling pollution.

In a meeting at the Islamabad Chamber of Commerce and Industry (ICCI), they opined that closure of some steel units had rendered hundreds of workers jobless.

Addressing the meeting, ICCI President Atif Ikram Sheikh said that industrialists were ready to cooperate with the Pak-EPA for controlling pollution and ensuring compliance of its environmental standards to keep the environment of industrial areas healthy and pollution-free.

He said many steel industrialists were ready to provide written confirmation to Pak-EPA about taking measures to meet its requirements and stressed that the EPA should allow such industrialists to restart manufacturing operations.

He said the steel industry was playing an important role in the development of local economy as it was generating employment, making significant contribution to tax revenue and promoting economic activities, therefore, closing these industrial units on account of environment pollution issue was not an optimum solution.

He emphasised that the Pak-EPA should avoid such tactics in the larger national interest as closing industries would discourage new investment. He urged upon the Pak-EPA to give at least 90 days period to the existing and new steel industrial units so that they could get the required equipment installed for emissions control in order to promote a healthy environment. The steel industrialists assured that if the Pak-EPA allowed re-opening of closed units, all the cases against it with the courts shall be withdrawn with immediate effect.