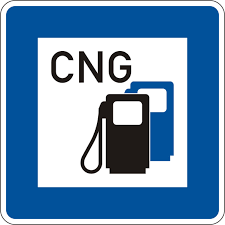 Minister for Petroleum and Natural Resources, Shahid Khaqan Abbasi on Wednesday said availability of Compressed Natural Gas (CNG) would increase after deregulation of its price.

The minister was talking to media persons after a signing ceremony of Oil and Gas Development Company Limited’s two separate Memorandums of Understanding (MoUs) with Higher Education Commission and Hunar Foundation in education sector under a scholarship programme of the company.

He brushed aside the impression that the CNG prices would escalate after deregulation, saying “rather it will ensure availability of the CNG and its price will fall.”

According to an assessment, Abbasi said the CNG was a competitive fuel so its outlets would have to keep the commodity prices at least 30 percent below the petrol price to attract customers.

Replying to a question about putting some regulatory authorities under their respective ministries, Khaqan Abbasi categorically rejected the notion and said regulatory bodies were autonomous.

He said earlier administrative control of regulatory bodies was with the Cabinet Division and now it would be with the ministries concerned.

Regarding the government policy for providing new domestic gas connections, the minister said new connections were being issued only on ‘first come and first served basis.’

On complaints of low gas pressure in certain localities, he advised to contact concerned gas companies for immediate resolution of their issues.