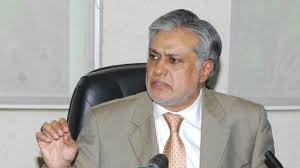 The government on Saturday decided to maintain petroleum prices for January.

While making the announcement, Finance Minister Ishaq Dar said the prices of mainstream petroleum fuels – high-speed diesel (HSD) and petrol – have been kept unchanged for the next fortnight only.

“It is an international practice that oil prices are changed on a weekly basis,” he said, adding that in the next 15 days he will make the decision about whether to continue with the monthly review of oil prices or change it into a fortnightly one.

However, he revealed that the prices of kerosene oil and light diesel will not change for the whole month of January.

The finance minister also said the government will have to bear a burden of around Rs4 billion after the decision of not increasing the petroleum prices.

While announcing the government’s policy on petroleum products prices for January 2015, Dar said Ministry of Petroleum &amp; Natural Resources and Oil and Gas Regulatory Authority (Ogra) had recommended increase from the beginning of the New Year.

A statement by the finance ministry said that in order to maintain stability since April 2016, prices have been maintained despite fluctuation in the international market and the government has been absorbing the negative financial impact.

A day earlier, officials of the Ministry of Petroleum and Natural Resources had revealed that prices of petroleum products could be increased by up to Rs6.93 per litre for January 2017 due to the global rise in crude oil prices.

The ministry on Thursday received a summary from Ogra that recommended an upward revision in oil prices. Prices of all petroleum products, except for kerosene oil, are deregulated and Ogra only monitors them.

Menahil Haider
The writer is a staff member She formerly worked as a technology news reporter and editor. She can be reached at: [email protected]