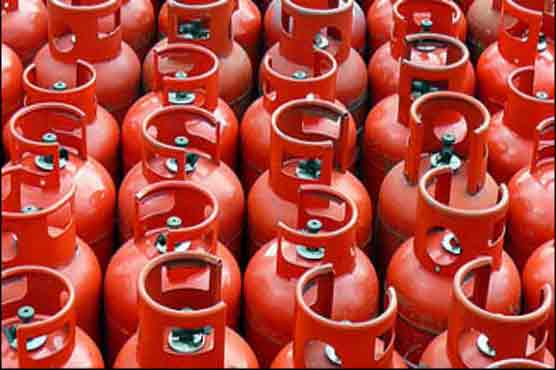 ISLAMABAD: Apparently to benefit the importers at the cost of people using LPG as fuel, the government has notified imposition of petroleum levy at the rate of Rs 4,669 per metric tonne on locally-produced Liquefied Petroleum Gas (LPG).

A copy of the notification available with Pakistan Today, issued by the Energy Ministry (Petroleum Division) on November 02, 2017 disclosed that the government has imposed a petroleum levy on locally-produced LPG at the rate of Rs 4,669 per tonne with immediate effect.

“In exercise of powers conferred by sub-section (1) of section 3-A of the Petroleum Product (Petroleum Levy) Ordinance 1961… the director general (liquid gases), the ministry of energy (petroleum division) is pleased to notify in respect of the sale of LPG produced in Pakistan a petroleum levy at the rate of Rs 4,669 per metric tonne with effect from November 1, 2017,” said Energy Ministry’s notification.

Sources in LPG market told that LPG consumer prices were expected to go up following the notification amid rising winter. They said the government has taken the decision to impose Rs 4,669/MT petroleum levy (PL) on locally-produced LPG ostensibly to facilitate the LPG imports and to benefit the importers too. More, the imposition of PL on LPG has far-reaching consequences on LPG consumers and LPG market while the government is expected to collect around Rs 2 to 3 billion from LPG users with the effect of this decision, said sources.

It is pertinent to note here that the levy, which was earlier imposed twice, in 2011 and 2013, was struck down by various courts on different grounds.

The sources further said that the import of LPG was contributing to meet local demand of consumers. At present, around 3000-3500 tons of LPG is required on a daily basis to fulfil the demand while local producers are supplying 2000 tons LPG per day which creates the gap of 1000-1500 tons and can only be filled with imported LPG. They said the LPG policy notified in August this year empowered the government to charge a petroleum levy from local LPG producers and determine the quantity of LPG to be imported to meet the gap between demand and supply. Also, petroleum levy on LPG or the Gas Infrastructure Development Cess (GIDC) may also be utilised to subsidise imported LPG under the policy, said, officials.

LPG is most often used in remote areas of the country as a fuel or for lighting, cooking and heating purposes where electricity is not available. More than 1.5 million households are using LPG fuel for cooking and heating purposes. Market share for automobiles in LPG business is about 60 per cent while domestic consumption stands at about 40 per cent.