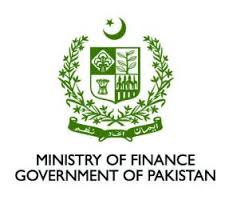 ISLAMABAD: Ministry of Finance (MoF) has refuted the claims of defunct finance minister Ishaq Dar about a huge sum of money being stashed in Swiss banks by Pakistani citizens. During a briefing to Senate’s Standing Committee on Finance and Revenue on Monday, Minister of State for Finance Rana Afzal said that the deposits of the huge amount in the Swiss banks could not be confirmed.

Defunct finance minister Ishaq Dar had informed National Assembly that at least $200 billion of “Pakistani money” was stashed away in Swiss banks. In a written reply, Dar had claimed that the government was engaging with the Swiss authorities to get to the money, hidden away by various Pakistani nationals.

While briefing the committee on the negotiation/upgradation of treaty with the Swiss government on Avoidance of Double Taxation to retrieve the money of Pakistani nationals deposited in Swiss banks, Rana Afzal said that no Swiss government official endorsed Dar’s claim.

Committee’s Chairman Senator Saleem Mandviwalla, who chaired the meeting, said that FBR has shared what it has done so far to probe into Dar’s claim.