Dr Ishrat Pakistan’s candidate for the position of IMFC chairman 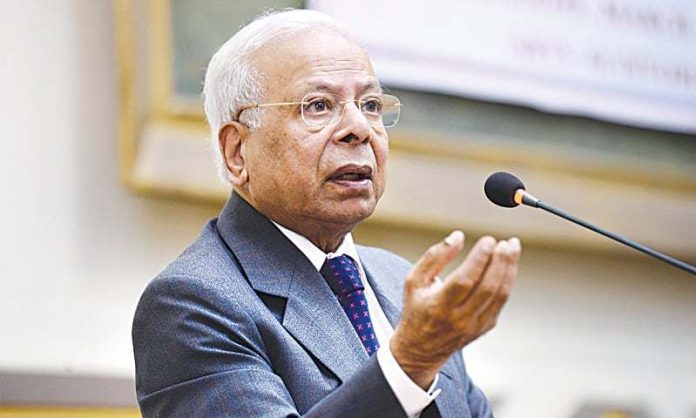 On the recommendation of Adviser to Prime Minister on Finance Dr Miftah Ismail, the Prime Minister approved the nomination of Dr Ishrat Hussain who has vast academic and professional experience of monetary and financial affairs.

The IMFC chairman position it may be mentioned, fell vacant on December 01, 2017 after resignation by Augustin Carstens. In view of the importance of the IMFC chair, the procedure for selection of next IMFC chairman was initiated forthwith and along with other IMFC member countries, Pakistan was also requested to submit a nomination to IMFC Headquarters which has accordingly been done. The IMFC Board will make the final decision in this regard with consensus.

The IMFC is the highest policy-making body of IMFC and is responsible for advising and reporting to the IMFC Board of Governors on matters pertaining to the supervision and management of the international monetary and financial system. The IMFC chair has previously been held by senior officials of known stature like UK’s Chancellor of the Exchequer Gordon Brown, Italy’s former minister of Economy and Finance Tommaso Padoa-Schioppa, Minister of Finance of Egypt Dr Youssef Boutros-Ghali, Singapore’s Deputy Prime Minister Tharman Shanmugaratnam and Banco de Mexico Governor Augustin Carstens.