Addressing the problem of salinity is crucial for ensuring food security 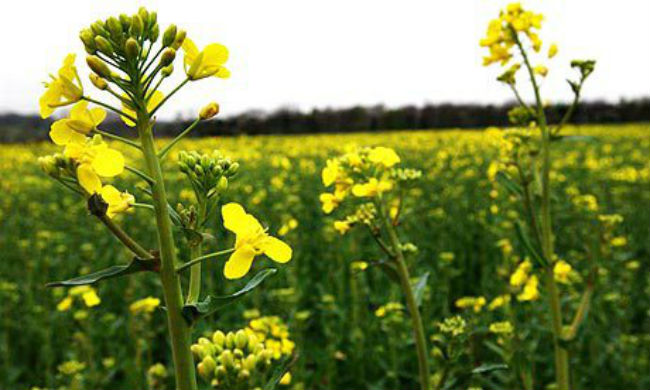 ISLAMABAD: The world-renowned authority on food security, Prof Mark Tester explained how the twin challenges of meeting food requirements of a rapidly growing world population, and very limited availability of fresh water are being addressed by the development of crop varieties that are resistant to saline water.

He was speaking as a guest of COMSTECH, the OIC Ministerial Standing Committee on Science and Technology, about the “Advances in Increasing the Salinity Tolerance of Crops”. Prof. Tester’s research group on Salinity at the King Abdul Aziz University of Science and Technology (KAUST) in Saudi Arabia is actively addressing this serious problem by using the science of genomics to identify genes that enable plants to survive in saline conditions.

These genes are then incorporated within existing plant varieties such as barley; tomatoes etc to develop new crop varieties that can flourish in stressful, saline conditions. An immediate application of this technology is that seawater or brackish water that constitutes 97 per cent of the world’s water resources can be utilised for agriculture thereby satisfying the food demands of countries like Pakistan that have rapidly depleting fresh water resources.

According to a 2008 report, crop yield losses in Pakistan due to water-logging and salinity are estimated to be over Rs880 million ($28.5 million) per annum, while total annual economic damage is estimated at $300 million. Hence addressing the problem of salinity is crucial for ensuring food security. Prof. Tester also described other parallel efforts whereby existing saline resistant wild plants are being modified to make them suitable for food consumption.

Prof. Mark Tester has an ongoing collaboration in this area with scientists at Pakistan’s National Institute for Biotechnology and Genetic Engineering (NIBGE) and he complimented their efforts in developing 254 transgenic wheat varieties using the techniques pioneered by Prof. Tester’s team.

Prof. Tester was introduced by Dr. Yusuf Zafar, the Chairman of Pakistan Agricultural Research Council (PARC), who lauded his passion and commitment for unlocking sea water for agriculture by developing a new economically viable agricultural system.

Coordinator General of COMSTECH Dr Shaukat Hameed Khan, emphasised the serious threat posed to Pakistan’s agriculture by the depletion of its aquifer system. This is especially relevant because the Indus Basin Water Treaty assumed 75 per cent cropping intensity whereas it has crossed 156 per cent by 2016. The lecture at COMSTECH Secretariat in Islamabad was attended by a large audience including academics, students, and professionals from the fields of biotechnology, and plant sciences.