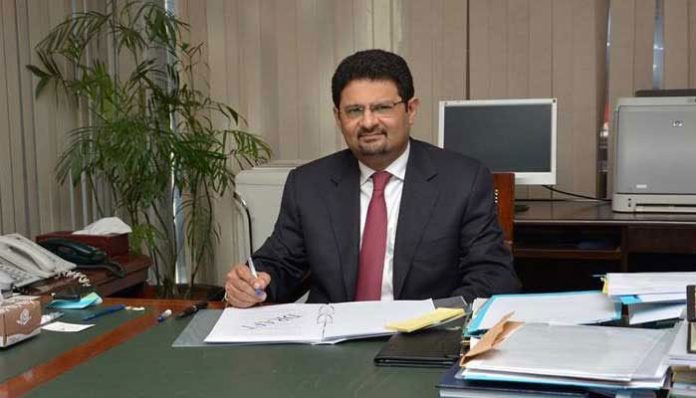 KARACHI: Adviser to the Prime Minister on Finance Miftah Ismail said on Monday that the current government will sell Islamic bonds worth $100 million before the end of its term.

Speaking at the World Islamic Finance Forum, Ismail urged Islamic banks to enhance lending to the private sector instead of relying too heavily on sovereign bonds for liquidity deployment.

Under the current income tax laws, funds that are received in a foreign currency account from abroad can be used to buy any asset locally without any questioning from the revenue collection authorities. “This provision has to go,” he said.

Ismail defended the five-year performance of the government, saying the GDP growth rate hit a nine-year high of 5.3 per cent in 2016-17.

“Economic growth will likely be close to 6 per cent this year. This means enough jobs will be created to fully absorb all the new entrants to the economy,” he said. However, he added that a developing economy like Pakistan’s should grow at 8-10 per cent for two decades to end poverty and create a sizeable middle class.

He listed three major bottlenecks to growth that the government faced when it came to power five years ago. The most pressing issue was the energy shortage, which has been “pretty much resolved” by now, he said. “We’ve installed and delivered 12,000 megawatts of electricity in the last five years as opposed to 21,000MW installed between 1947 and 2013,” he informed.

The second challenge was the poor law and order situation. “The Pakistan Muslim League- Nawaz (PML-N) used its political capital and brought all parties together to ensure peace in Karachi and other parts of the country,” he said while praising the armed forces for curbing terrorism.

The third challenge was to eliminate cumbersome procedures that hurt businesses at both federal and provincial levels, Ismail said. In his previous role at the Board of Investment, he urged provincial governments to do away with those taxes that brought in little revenues but increased the cost of compliance for entrepreneurs. The apparent purpose of these taxes is just to harass businessmen, he said. A lot more needs to be done to eliminate cumbersome procedures, he added.

Pakistan has 30,000 square kilometres of copper reserves, equal to those of Chile, he said. Yet copper mining contributes 7 per cent to Chile’s GDP while its share in Pakistan’s economy is only 0.1 per cent.

Ismail said budget proposals regarding the rationalisation of tax rates on bonus shares, capital gains and intercompany dividends are under consideration.

He came all guns blazing against the 18th amendment to the constitution that transferred a large chunk of federal resources to the provinces. Out of Rs4 trillion collected by the Federal Board of Revenue, the central government gets only 40 per cent or Rs1.6 trillion, he said. Debt servicing and pension, which are both legacy costs, take up Rs1.4 trillion and Rs300 billion, respectively. This means the federal government is left with a deficit of Rs100 billion without incurring any expenditure at all, he added.

He said the present method of resource distribution isn’t working because the federal government doesn’t have the fiscal space to undertake big projects like the establishment of large water reservoirs.

He downplayed the concerns about worsening external sector, saying the fiscal year will end with foreign exchange reserves hovering around $12.5 billion.