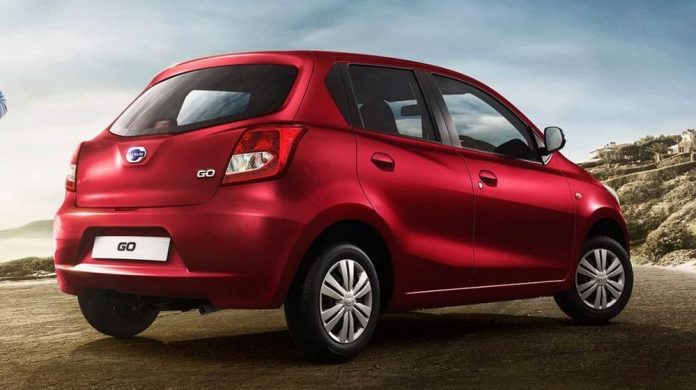 LAHORE: Ghandhara Nissan will raise Rs1.2 billion from a right shares issue to partially finance the revival of its existing assembly plant for manufacture of Datsun passenger cars.

The company has decided to issue 26.67% right shares by offering 12 million right shares to the existing ordinary shareholders of the company at a price of Rs100 per share to partially finance the expenditure for revival of existing assembly facility for manufacture of Datsun passenger cars.

In a notification sent to the stock exchange on Monday, Ghandhara Nissan Limited told it was intending to raise Rs1.2 billion out of a total of Rs5.6 billion for the revival of its existing assembly facility for the manufacturing of Datsun passenger cars.

Also, this funding would be used for capacity expansion for its other existing businesses, read the notification.

“The funds received from the right issue will partially contribute towards the revival of car assembly facility as well as capacity enhancement of the plant whereas the overall revenue will increase with resultant increase in profitability of the Company, thereby enhancing the expected returns to the valued shareholders of the company,” the notification read.

In a comment to Profit, Zeeshan Afzal of Insight Securities said “Company would raise money from the existing shareholder which will be utilized to start production of cars hence improved operations of the company. If everything goes as per plans, higher profits would increase shareholders wealth. However if company could not complete the project due to any reason or automobile segment faces tough time, profits may not be as great as planned.”

In late-March, GHNL was awarded “Category-B Brownfield Investment Status” by the Ministry of Industries and Production under the Automotive Development Policy 2016-21.

It had long been speculated that Ghandhara was looking to restart its production in Pakistan under the Auto Development policy (2016-2021).

Earlier in 2016, a delegation of Nissan Japan, Renault France, Al Futtaim Group UAE and Ghandhara Nissan Limited met with then Minister of State Dr Miftah Ismail, who is currently serving as the Federal Adviser on Finance, Revenue and Economic Affairs to discuss the timelines of commencement of vehicle production. Although the delegation was aiming to revive manufacturing in 2017 but did not do so.

Later, in October 2017, the company’s team led by its CEO Ahmed Kuli Khan Khattak approached BOI officials once again to seek approval to restart its assembly plant under the auto policy 2016-2021.

However, it was later reported that Ghandhara Nissan was unable to attain Brownfield status, according to a senior Engineering Development Board (EDB) official. Ghandhara Nissan told the government it would be looking to make an investment of $200 million to restart the plant while warning that if the Brownfield status was not granted, it would move its investment to Algeria.

As a result, EDB and Board of Investment (BoI) suggested placing Ghandhara Nissan’s investment plan as a Brownfield investment under the new auto policy of 2016-2021.

Mohammad Farooq
The author is an Assistant News Editor at Profit by Pakistan Today. His works have been published in Dawn, Express Tribune, LiveMint India, Huffingtonpost India and The News on Sunday. He tweets @MohammadFarooq_