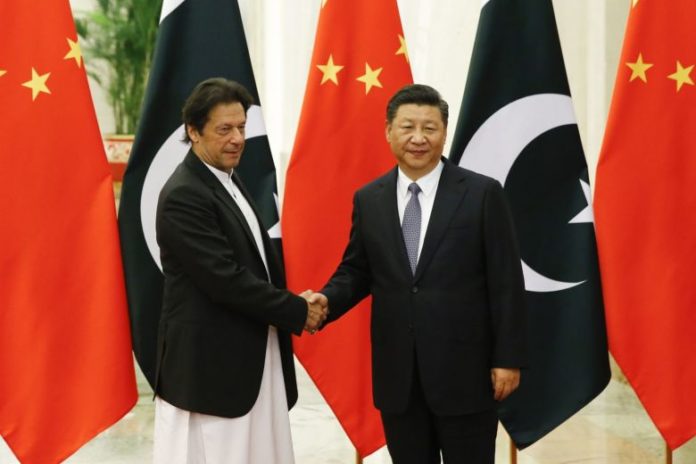 ISLAMABAD: Prime Minister Imran Khan’s visit to China from November 2-5 has moved the overall economic relationship between the two friendly countries to the next level, according to a statement issued by the Ministry of Finance (MoF) on Tuesday.

“During the visit, several avenues of mutually beneficial collaboration were identified and a number of memoranda of understanding (MoU) were signed between the two sides in the sphere of economic cooperation,” it claimed. “These included agreements in the area of socio-economic development, poverty alleviation, agriculture, economic and technical cooperation, forestry, earth sciences, higher education and technology.”

As per details, the two sides noted with satisfaction that the China Pakistan Economic Corridor’s first stage, which comprised of infrastructure and energy sector improvements, has almost been completed. It was decided that the next stage of CPEC will focus on industrial expansion, agricultural revitalization and trade integration of the two economies. This phase will help the government achieve its objectives of job creation and export growth.

The two sides also held discussions on immediate market access for Pakistan’s exports as well as the balance of payments support. The top Chinese leadership expressed their strong support and a task force was established by both sides to take the matters further. In this connection, a senior level delegation comprising of federal secretaries of finance, foreign affairs, planning and development and commerce along with the State Bank of Pakistan governor will undertake a visit to China during the current week to work out the modalities with the Chinese authorities in their respective areas.

Ahead of his return from Beijing, the foreign minister took to Twitter for expressing his experience of a four-day-long official trip to China, stating that they had a productive visit.

Feeling very confident after returning from a productive visit to China led by PM Imran Khan. China and Pakistan are iron brothers and together we will climb the highest mountains. Collaboration and mutually beneficial policies will pave the way forward for future generations,” the minister had tweeted.