Trade between S Korea, ASEAN to top $160bn this year 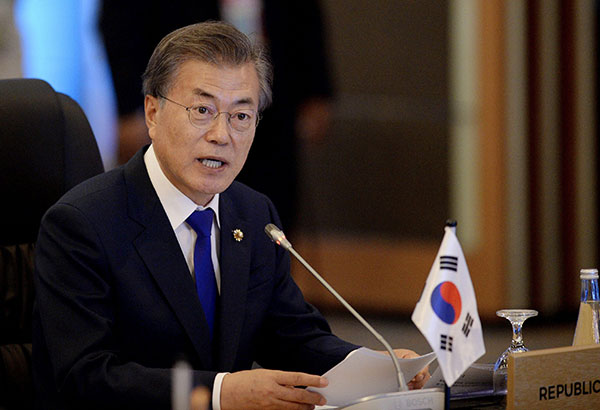 SEOUL: Two-way trade between South Korea and the Association of Southeast Asian Nations (ASEAN) is expected to top $160 billion this year, a senior financial regulator said on Monday, as Seoul seeks to bolster ties with the 10-member regional bloc.

Financial Services Commission Vice Chairman Kim Yong-beom made the remarks at an annual meeting with ambassadors from the Southeast Asian nations and India.

In the first 10 months of this year, trade volume between South Korea and ASEAN stood at $132.1 billion, up 7.6 per cent on-year, Kim told the meeting.

“Within this year, two-way trade with ASEAN is expected to top $160 billion and the number of visitors between the two sides is likely to surpass 10 million,” Kim said.

Seoul has sought stronger economic relations with ASEAN under President Moon Jae-in’s “New Southern Policy” to reduce its heavy reliance on China. It set a goal of raising bilateral trade to $200 billion by 2020.