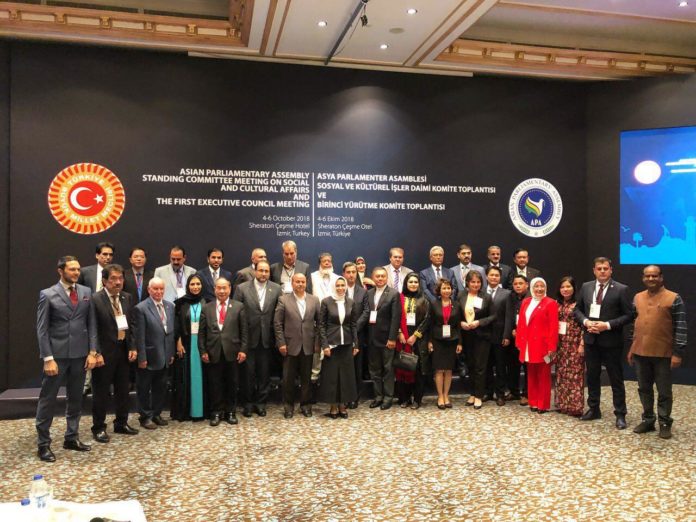 ISLAMABAD: A parliamentary delegation, led by Senator Muhammad Ali Saif, has stressed on enhancing trade and economic linkages among the Asian countries for shared and inclusive prosperity in the region.

During the inaugural ceremony of the 11th Plenary Session of Asian Parliamentary Assembly (APA) being held in Istanbul, Turkey, Senator Muhammad Ali Saif said intra and inter-regional connectivity was a key to economic prosperity and progress in the region.

The event was attended by speakers of the parliaments of Turkey and Iran as well as a large number of parliamentary delegations, according to a press release issued on Friday. The session is being held from November 29 to December 2, under the theme “Promoting Economic Prosperity in Asia”.

Senator Muhammad Ali Saif stressed the critical role that parliamentary forums like APA could play in realising the dream of regional economic integration in Asia.

He also highlighted the important contributions made by Pakistan during the country’s presidency of the APA from 2013-2015 as well as its vice-presidency of APA Political Affairs Committee and Special Committee for the Creation of Asian Parliament (SCCAP) during 2017-2018.

He called for the creation of an Asian Parliament as a stepping-stone towards greater regional interaction.

Saif said the highly successful meeting of the APA Political Affairs Committee, recently held in Gwadar, was a testimony to Pakistan’s strong desire to play its due role in the region for enhancing inter and intra-regional connectivity.

Earlier, the parliamentary delegation attended the meeting of the Executive Council of APA during which it reiterated the need to come up with financial contributions for streamlining the affairs of APA on a permanent basis.