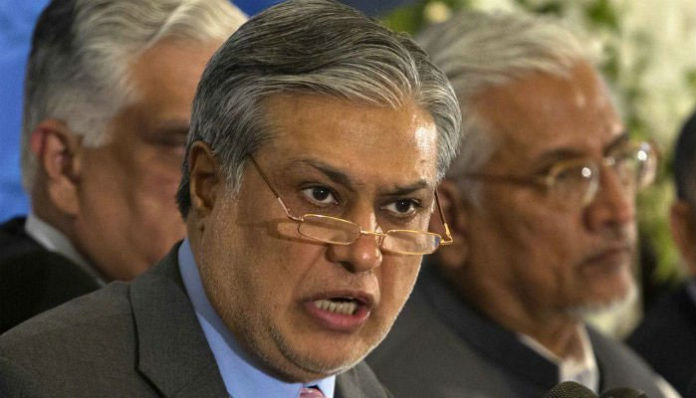 ISLAMABAD: Former finance minister Ishaq Dar said that the present government has increased the debt burden to around Rs3,500 billion by sharply devaluing the rupee.

Participating in a TV’s programme from London, Dar said it was a high time to take some administrative and fiscal steps to save the country from the economic debacle.

Claiming that the present government’s economic policy had “failed completely”, Dar said Pakistan was about to join the G-20 because of its economic rise during the tenure of the PML-N government, however, the PTI government had reversed the progress.

Dar was of the view that the devaluation of the Pakistani rupee in the recent months was “cruel and unnecessary” decision and that it was deliberately taken to adversely impact the progress achieved in the past when he was at the helm of affairs.