China to welcome Pakistan for collaboration in aerospace industry 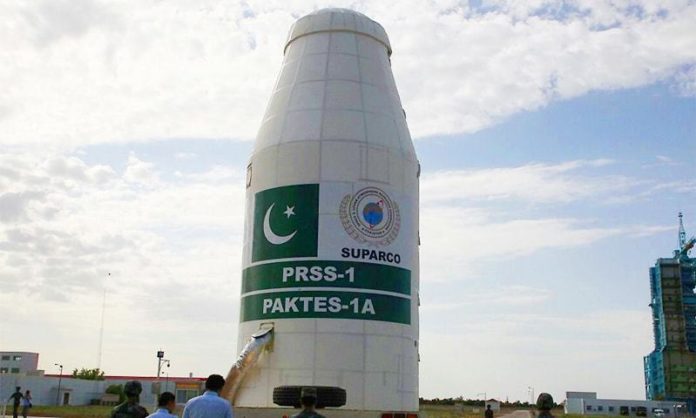 BEIJING: China will welcome Pakistan for joint collaboration to find a prominent place in the global aerospace industry, officials said on Thursday.

The two sides have been continuing bilateral cooperation in the aerospace sector for the past several years. Pakistan has recently launched two of its satellites into the orbit from Jiuquan Satellite Launch Centre in China.

The satellites, Pakistan Remote Sensing Satellite-1 (PRSS-1) and Pakistan Technology Evaluation Satellite-1A (PakTES-1A), were propelled into space through the Chinese Long March 2C launch vehicle. The 1,200-kg mass satellite PRSS-1 will operate in a sun-synchronous orbit at an altitude of 640 km.

Meanwhile, a report has predicted that within the next five years, there will be continuing growth in the global commercial aerospace sector and China is becoming a major force in the development of the space industry.

CEO of Euroconsult, an international satellite market consultancy, Pacome Revillon has said that he is impressed with the passion young Chinese people have for the space industry. “We appreciate the progress some Chinese organisations have made at different levels with a large volume of talents and passionate people about space activities.”

In recent years, the Chinese government has been encouraging private enterprises to engage in the industry as well.

He Xing, the vice president of China Great Wall Industry Corporation, has said that capital investment into both traditional companies and start-ups has improved the business environment for the sector.