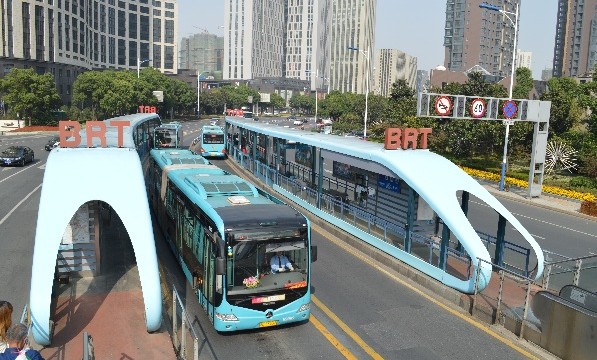 ISLAMABAD: The government has decided to take a loan of $490 million from the Asian Development Bank (ADB) in order to fund the Karachi Bus Rapid Transit (BRT) project.

Sources said that the Finance Division would table a summary in this regard during the Central Developing Working Party (CDWP) meeting. Following the CDWP meeting, the matter would be placed in the meeting of Executive Committee of National Economic Council (ECNEC) for approval.

It is pertinent to mention that the federal and Sindh governments were discussing the matter for the last five years but failed to strike an agreement with regard to taking a loan from the ADB for the project.

The finance ministry has now accorded an approval to the Economic Affair Division and Sindh government, asking them to start negotiations with ADB.

Documents stated that proposed draft loan financing of $490 million would be received from Asian Development Bank for Karachi Bus Rapid Transit project through Economic Affair Division. “The government is in line with its objectives with regard to external financing,” it added.

Sources said that ADB had also given $10 million to the Sindh government to conduct a feasibility study of the project.

It is pertinent to mention that the Sindh government in July this year had approved a resettlement plan for the construction of the BRT project, which was estimated to cost Rs227 million.

The project is economically justified as it would not only save the passengers’ time but would also save vehicle operating cost. Besides, the project aims to improve air quality and save carbon emissions, which will improve the health of Karachi’s citizens and help mitigate climate change. The project will also make Karachi safer, boost private sector investment, and foster gender equity.