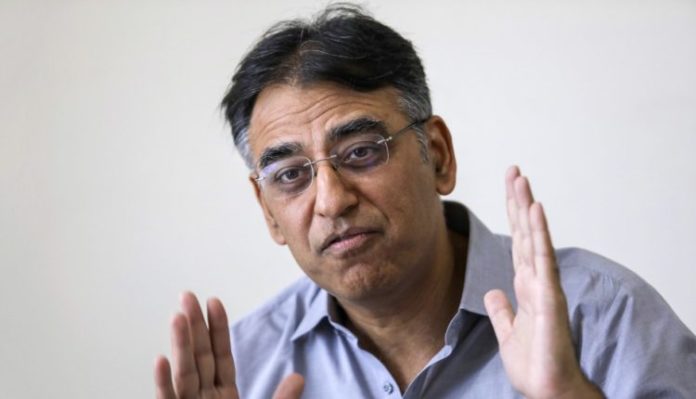 ISLAMABAD: With a focus to reach out to the poor, the Pakistan Tehreek-e-Insaf government, despite inheriting worst financial and current account crisis, has taken major policy initiatives for financial discipline and long-term socioeconomic development.

Briefing the prime minister on the performance of the finance ministry during the first 100 days of the government, Finance Minister Asad Umar said that in order to improve governance, all unlawful appointments had been removed, including presidents of National Bank of Pakistan, Zarai Taraqiati Bank Ltd, SME Bank and First Women Bank, besides two deputy governors of State Bank of Pakistan (SBP), and chairperson along with two members of the Competition Commission of Pakistan (CCP).

He said the government also made merit-based appointments by selecting new NBP president, Benazir Income Support Programme (BISP) chairperson, two Securities and Exchange Commission of Pakistan commissioners besides revamping SECP policy board, hiring two new members of SBP Board and constituting for the first time the Federal Board of Revenue (FBR) Board.

In a bid to protect the vulnerable communities, the government initiated “Sehat-ka-Insaaf” programme for Islamabad Capital Territory and erstwhile FATA, amounting to Rs1.5 billion, he said.

Under Workers’ Welfare Board, the finance minister said, an amount of Rs4.5 billion was allocated for completion of 8,276 low-cost houses which are under construction, while the government also announced the construction of additional 10,000 units.

“In order to provide maximum relief to the downtrodden people, tandoors were exempted from gas price increase whereas low gas consumers have also been protected from high gas price increase as it increased 10 per cent to 25 per cent for up to 300m consumption per month against 143 increase in gas price for high end gas consumers,” the minister said. “Moreover, the government also cut GST on LPG from 17 per cent to 10 per cent and abolished regulatory duty of Rs4,669 per tonne which resulted in the reduction of LPG cylinder average price from Rs1,600 to Rs1,100.”

In order to sustain the continuously decreasing exports, economic support package for targeted export industries was introduced under which gas price was reduced for 5 zero-rated export sectors including textiles, jute, leather goods, sports, and surgical goods, the minister said, adding that customs duty was also reduced on import of raw materials for value-added export sector.

He said the government also revived industrial support package for all industries by decreasing electricity price by Rs3 per unit, besides fixing the electricity rate for the export sector at 7.5 cents per unit.

“For broadening the tax base, FBR took several initiatives to identify potential taxpayers by sending over 3,000 notices to high net worth non-filers, whereas 20,000 notices are in the pipeline,” he concluded.