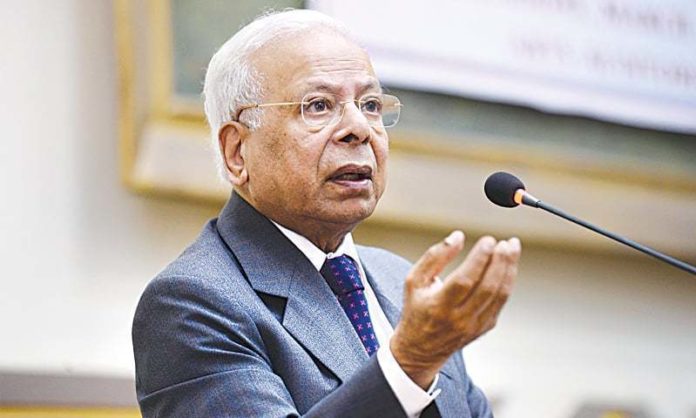 LAHORE: Adviser to Prime Minister on Institutional Reforms and Austerity Dr Ishrat Hussain has said institutional reforms were the demand of the time and performance of departments can only be improved through such steps.

In a meeting with Punjab Chief Minister Sardar Usman Buzdar on Saturday, Dr Ishrat Hussain said that performance management should be focused in order to uplift government institutions.

He said several steps have already been taken to improve the performance of the departments and further measures were being taken in accordance with the situation.

During the meeting, the Advisor to PM and the chief minister discussed measures regarding reforms, reconstruction, savings and austerity in government departments.

Speaking on the occasion, CM Usman Buzdar said two task forces have been formed for reforms in government departments and institutions as per the vision of PM Imran Khan. Speedy work will be done on the institutional reforms that will improve the performance of departments, he added.

He said that Pakistan Tehreek-e-Insaf (PTI) has set new examples of austerity, which is being promoted at every level. The considerable reduction has been done in the expenditures of CM office and all other departments, he added.