Government to rationalise tariffs, duties for industry in next mini-budget; Razak Dawood 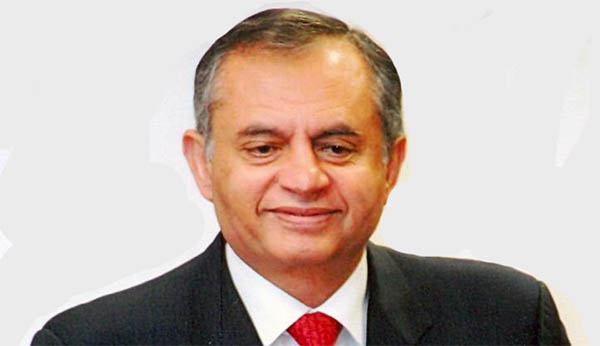 ISLAMABAD: Advisor for Commerce, Textile, Industry and Production and Investment Abdul Razak Dawood said that the government was working to rationalise tariffs structure and customs duties in the next mini-budget that would be presented in January 2019 to facilitate the growth of industrialisation as the current tariffs and customs duties were not favourable for the industry.

He said after rationalisation of tariffs, the government would try to fix tariffs for 3-4 years to provide a clear future roadmap to the industry. He said the new tariff policy would be industrialisation-driven and not revenue-driven. He said in the last 10 years, deindustrialisation and increase in trading had occurred in Pakistan due to unfavourable policies of the past regimes. However, the current government was determined to reverse this process and put the country on the path of sustainable industrial growth. He said this while addressing the business community at Islamabad Chamber of Commerce and Industry (ICCI).

Abdul Razak Dawood said that Pakistan was depending on textiles for exports but its share in the international market was reducing. He said that a concept note of industrial policy has been developed and new industrial policy would also promote other industries including engineering, chemical, information technology and agriculture to diversify exports. He further said that new industrial policy would support strategic industries and strengthen import substitution industries. He said that government has planned to increase exports up to $50-$150 billion by facilitating export-oriented industries. He said that government was planning to enhance exports of motorcycles, refrigerators, air conditioners to Africa and other countries. He added that in principle there should be no duty on import of raw material for manufacturing of export goods. Similarly, there should be a minimum duty on intermediaries but finished goods should have no concession.

He said Pakistan had signed Free Trade Agreements (FTAs) and Preferential Trade Agreements (PTAs) with five countries, but except for FTA with Sri Lanka, all FTAs were unfavourable for Pakistan. He said that government was working to revise FTAs with all countries and the second phase of FTA with China would be completed by June 2019. He said the government was in discussion with many countries including China, Malaysia, South Korea, Japan and Turkey to get more market access for Pakistani products. He said Indonesia has provided zero-rated market access to Pakistan on 20 items and stressed that business community should take benefit of this concession. He said that government was also working on ease of doing business and cost of doing business to make things easy for the private sector. He said Prime Minister Imran Khan has given the target to bring Pakistan from current 137 to below 100 in the ranking of ease of doing business. He said his doors were open for business community and chambers and associations should give written proposals to remove hurdles and create facilitations for the private sector.