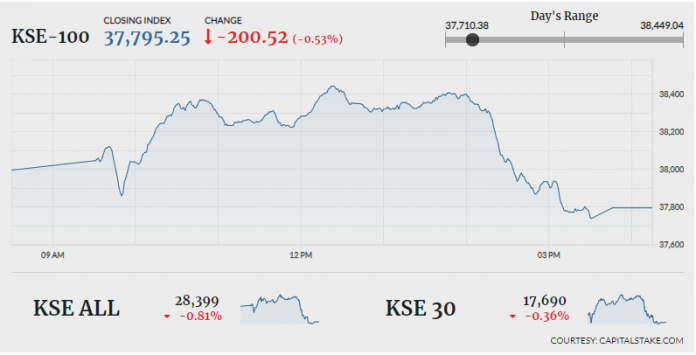 KARACHI: It seemed as if optimism at the Pakistan Stock Exchange (PSX) was just a false alarm. Indices which opened positive on Wednesday sunk by midday to end the day in red.

Foreign investors closed the first trading session of the year with the same trend, being net-sellers with a total outflow of $12.56 million. Major selling was observed in the banking and oil and gas exploration sectors ($3.47 million and $3.15 million).

As per the data released by Economic Affairs Division (EAD), a total of $1.86 billion has been borrowed by Pakistan from multilateral and bilateral donors in the first five months (July-Nov) of the current financial year 2018-19, against $2.877 billion during the same period of last year.

Furthermore, as per recent data released by the Ministry of Planning, Development and Reform, the government has disbursed Rs187 million under the Public Sector Development Programme (PSDP) 2018-19, which also consists of Rs57.4 billion foreign aid for various development projects.