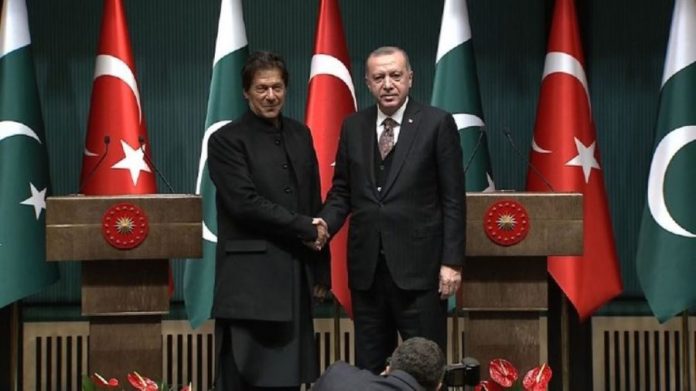 LAHORE: SAARC Chamber of Commerce and Industry (CCI) Senior Vice President Iftikhar Ali Malik has expressed hope that Prime Minister Imran Khan’s tour to Turkey will not only help Pakistan boost its export but would enable both the countries to explore new trade opportunities.

In a statement issued on Friday, Malik said improved cooperation and coordination between Muslim countries could increase multilateral trade by 25pc, adding that this would require establishing trade preferential systems and other legal frameworks along with effective mobilisation of financial and infrastructure support.

He said that currently, trade among Muslim countries accounts for six per cent of the global trade and only 19pc of the total trade of these countries.

“Pakistan and Turkey are tied in the bonds of a common religion, culture and history. Pakistan highly values its relations with Turkey. It is a good omen for Pakistan that the government, under the dynamic leadership of Prime Minister Imran Khan, wants to further strengthen the relations between Islamabad and Ankara,” Malik said while highlighting the importance of trade and cultural relations with Turkey. “We need to encourage investors on both sides to make use of the business opportunities. Exchange of dialogues among the business communities of both countries will be imperative to chalk out future strategies and new initiatives.”

He said Turkey is invited to invest in the mega project of the China Pakistan Economic Corridor (CPEC), as it will be beneficial for both the countries. He said CPEC would connect those parts of the world where there was no or less connectivity, adding that the issue of huge distance impeding Pak-Turkish trade would also be resolved.

“The economic corridor would not only provide China with cheaper access to Africa and the Middle East but would also earn Pakistan billions of dollars for providing transit facilities to the world’s second-largest economy,” he added.

Malik made it clear that Pakistan should take steps in the direction of minimizing trade deficit between both the countries and focus on those items which would be exported to Turkey.

Appreciating Prime Minister Imran Khan’s sincere efforts to increase Pakistan’s export besides steering the country out of the current fiscal crisis, he said the whole nation is standing with the prime minister at this crucial time and the business community will support the PM in his economic initiatives.