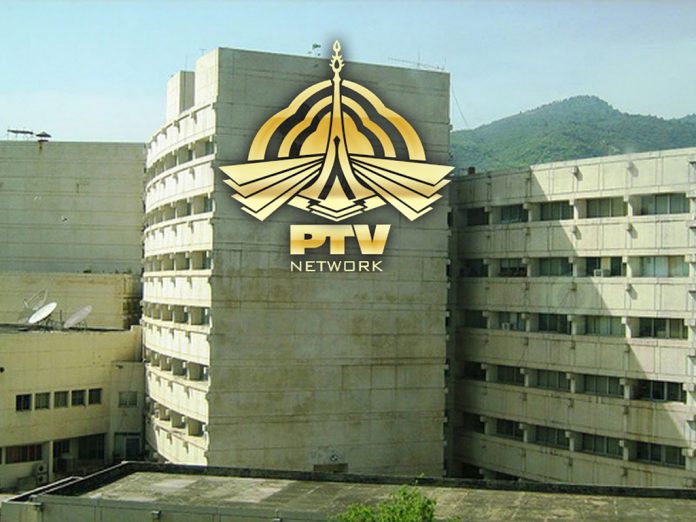 ISLAMABAD: Amid pledges of addressing the woes of media workers, the ruling Pakistan Tehreek-e-Insaf (PTI) government has failed to provide relief to even those who work for state-run Pakistan Television (PTV) Corporation.

As per details, the financial crisis that continues to grip all big and small media houses across the country has also served a massive blow to the contractual PTV employees as the management blames lack of funds for the imminent termination spree besides depriving them of their due entitlements.

“Sufferings of all the employees have abounded within the past six months as the administration cites ‘burden on exchequer’ for taking back facilities in violation of corporation rules and threatening to lay off workers,” sources told Pakistan Today.

They said it all began with the move to impose cuts on medical allowances as part of which all hospitals and medical stores on PTV’s countrywide panel were removed and a few located within the federal capital were obliged.

“Similarly, fuel allowance was limited to only two petrol pumps in Islamabad. As per the conditions, PTV employees working across the country, including Karachi, Peshawar and Quetta etc; are required to avail it only from two stations in the capital.”

The comedy of errors, sources said, did not end here. “The employees have not been given any raise in salaries for the past two years as the charter of demand has not been taken up by the management since 2017 whereas contractual employees have not received any raise for the last six years,” they added.

Among other undue deductions, as mentioned by sources, were those on basic mobile phone charges, bus fares, newspapers allowance, odd hours pick up facility, withdrawal of four outstanding ACR increment, group award and higher qualification pay. “Last but not the least is termination of service without notice,” they highlighted.

A senior PTV official, on the condition of anonymity, told Pakistan Today that the massive budget cuts were being made in violation of corporation rules while the new managing director (MD) himself continued to withdraw a salary of Rs2.2 million every month.

“Arshad Khan used to claim that he would never opt for the post of MD, instead would be the board chairman who is not entitled to any honorarium. However, as the employees continue to bear the brunt of the reckless slashes, he treats himself from the already burdened exchequer of a dying state institution,” they said and claimed the MD had raised his salary twice in a span of just two months.

The official said that the working at PTV World was a similar ordeal as its reins had been handed to a “highly incompetent” person only because of the bond he shares with certain people in the federal cabinet and media industry.

“Masood Baig was hired as a producer a few years ago but was later sacked on account of incompetence. At a time when a professional and competent person is needed to save an organisation that is in terminal decline, he has been handed PTV World without any required experience.”

Besides, there are employees awaiting the renewal of their yearly contracts but are being threatened to be laid off citing lack of finances, the official said further. “If the services of those working for the past many years are not required, why are new vacancies being advertising by the management?”

Meanwhile, PTV Workers’ Union has gone on a strike against the MD and is continuing to hold a demonstration at the corporation headquarters in Islamabad.

“We want the government to take notice of the MD’s incompetence who has slashed employees’ benefits only to fake profits,” union leader Pervaiz Bhatti said, adding that the chief had no actual business plan to run the network.

He said that Khan lacked the vision to bring the corporation out of the swamp and a proof of it was that he had returned ATV to Shalimar Television Network (STN) which might result in annual losses worth up to Rs2 billion. It is pertinent to note that PTV used to own 70pc shares of ATV with the rest belonging to the Information Ministry, radio and some 2pc to the public.

“The employees are frustrated and are channelling their annoyance through this demonstration. It is regrettable that instead of saving PTV, the new MD has started causing losses to its employees,” he said.

‘I CAN DO WONDERS’

Reacting to the claims against him, head of PTV World Masood Baig said that he was “eager to revolutionise the channel”.

“I can do wonders when it comes to electronic media, but the problem is that when I look around there is no one to match my pace,” he said and added that some 37 new projects were lined up but there was no one he could hand them to. “We’re going to hire new people but that’s another story.”

Baig further said that such claims against him were made only by those “who either did not know how to work, aren’t used to working hard or do not want to”.

“I work 14 hours a day but hardly find others doing the same. They have been spoiled over the past six years,” he added.

“PTV has 5,500 employees, you can bring anyone from among them or across the country to discuss media with me,” he said, adding that it was easy to make claims regarding someone’s competence.

To a question about “being dumped” by PTV earlier, he said that he had left the channel to join another news team.

Meanwhile, PTV MD Arshad Khan denied reports that claimed the protests were being held to restore the discontinued allowances and said the union workers were “seeking enhancement in the existing ones”.

“Only those entitled to the facilities will be allowed to use them and the rest have been told to pay for them,” he said, adding that no benefits had been taken away from the employees. Arshad further said that the board had told the protesters to be patient and wait for an improvement in the situation that is prevailing in the media industry.

The PTV MD also rubbished claims of receiving any pay raise during his two months in office and refused to comment further on the matter. “I am receiving the salary that was determined by the appointing authority,” he said and added that “some politics was being played” but he did not want to be a part of it.

Repeated attempts were made to contact Federal Minister for Information and Broadcasting Fawad Chaudhry, but he was unavailable. PTV Controller Administration Muhammad Munawar, on the other hand, refused to comment over the situation.

Abdullah Zafar
The writer is a member of the staff.