‘Instead of structural reforms PTI government all set to announce amnesty’ 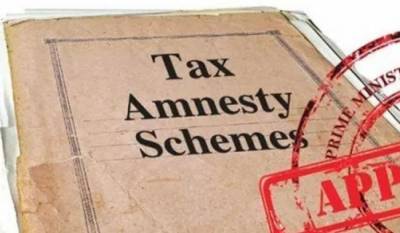 LAHORE: Former Federation of Pakistan Commerce and Industry (FPCCI) Standing Committee chairman Ahmad Jawad said that instead of structural reforms in Federal Board of Revenue (FBR) and going after tax thieves, the Pakistan Tehreek-e-Insaf (PTI) government is again all set to announce tax amnesty scheme.

In a statement issued here on Sunday, Ahmad Jawad said that this tax amnesty scheme will allow taxpayers to legalize their black money again by paying a nominal tax. Unfortunately Pakistan is the only country in the world where tax thieves are rewarded, while the honest taxpaying class is penalized, he added.

He said, “While sitting in opposition, the PTI had criticized every tax amnesty scheme that the former PML-N government had introduced; the accusation then was that these amnesties gave a clean chit to tax evaders. In power, faced with the unmovable mass of Pakistan’s tax apparatus, the PTI has decided to launch its own tax amnesty scheme. Faced with a Rs270 billion shortfall in tax collection this fiscal year, it is clear that being in power is teaching the PTI new lessons.”

The former chairman FPCCI Standing Committee further stated that the proposed amnesty scheme was aimed at encouraging the tax evaders, as the scheme has nothing to do with the expansion of tax net. He said to get incremental revenues the government should find a way to introduce tax reforms in the country. Without tax reforms nothing would change and PTI government would keep falling short of revenue, he added.

He said government could not meet its revenue collection targets even after two mini budgets. Jawad said now again the government’s economic wizards have given the same kind of solution to overcome economic woes as new amnesty scheme has opened another loophole in the system in addition to the ones that already exist. Instead of improving administration and tax compliance, the government is showing new ways of tax evasion.

The ruthless waste and plundering of public money by the ruling elite has forced the people to openly defy tax laws, he stated. He said the existing tax system of the country itself is one of the worst expressions of colonial era and the government is not ready to bring a transparent and just system of taxation. He said PTI government is advised to pay some heed to bring tax reforms in the country instead of wasting its energies on useless tax amnesty scheme.

The government would be well-advised not to offer another amnesty scheme. Instead it should work to improve how the FBR works and put a bit more fear in the hearts of tax evaders. One would hope a different route may be chosen, Jawad added.