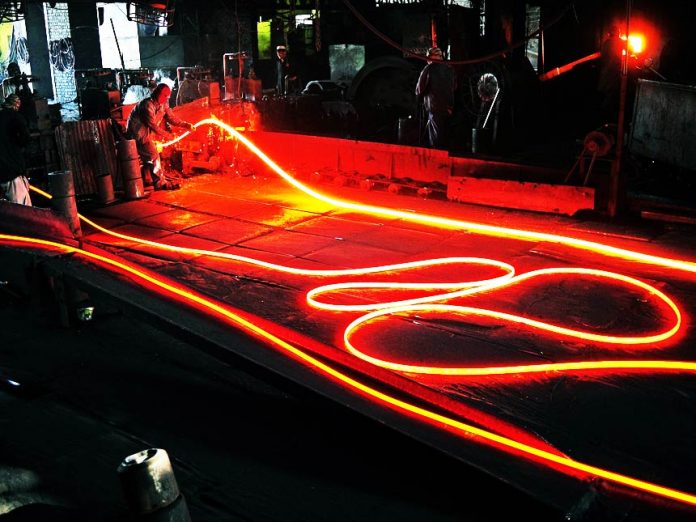 Pakistan and Saudi Arabia’s Al-Tuwairqi Group of Companies’ joint venture with South Korea – Al-Tuwairqi Steel Mills, have ended up in a legal battle in the International Court of Arbitration.

Al-Tuwairqi Steel Mills Limited (TSML), a joint venture between Al-Tuwairqi Group and a South Korean firm in the form of a foreign direct investment project, which was established at Bin Qasim port over a 220 acres area, has approached the international court of arbitration over the refusal of previous Pakistan’s Muslim League – Nawaz (PML-N) government to supply natural gas at discounted rates, reported Express Tribune.

Following the legal battle, the government of Pakistan has approved Rs110 million in the form of a supplementary grant to pay foreign counsel to pursue the case. Moreover, the office of the attorney general of Pakistan had requested the Ministry of Industries to arrange €125,000 (Rs19.79 million) to pay the initial fees of the permanent court of arbitration and $132,168 (Rs18.72 million) for the initial fee of Addleshaw Goddard LLP to defend the case in Permanent Court of Arbitration at The Hague, the report claims.

The request sent by the attorney general’s office also states that the total fees payable to Addleshaw Goddard may not exceed $2,000,000 (Rs283.25 million).

TSML eventually planned on becoming Pakistan’s largest steel complex, with a total capacity of 1.28 million tonnes per annum. However, it’s Direct Reduced Iron (DRI) plant had to halt operations for several months during 2014 on the account of a dispute over gas supply.

The management of the mill had requested the government to continue the supply of gas at Rs123 per million British thermal units (mmbtu) in order for the plant to continue effective operations, however, the government refused this proposal as this would require a subsidy of Rs5 billion per annum and Rs25 billion over five years.

Although the Ministry of Industries had earlier recommended a tariff of Rs123 per mmbtu for five years for MTSL, nonetheless, the Finance Division and the Ministry of Petroleum and Natural Resources had opposed the plan, arguing that the government was not legally bound to provide gas at concessionary rates.

Moreover, the Ministry of Petroleum and Natural Resources had cautioned that the financial impact of the Rs5 billion subsidy per year for the acquisition of gas from Sui Southern Gas Company, will mean a 3.3 per cent increase in gas prices for all consumers, except for domestic and fertiliser sectors.

On the contrary, the Ministry of Industries had argued in the Economic Coordination Committee (ECC) that though the mill was seeking support of around Rs4 to Rs5 billion per annum, its DRI plant will contribute an estimated Rs12 billion per year to the country’s economy. Apart from this, foreign investment of Rs89 billion will be made in both forward and backward linkages of the DRI plant. After establishing the linkages, the ministry had said, the mill would contribute Rs100 billion per year to the economy in the form of import substitution.

Several efforts had been made to reach an agreement and even the then-ambassador of Saudi Arabia reached out to former finance minister Ishaq Dar, but no solution could be reached. Even so, that TSML management offered 15 per cent (126 million shares) stake in the mill, which was later raised to 17 per cent.

It is speculated that during the time of the dispute there was a lobby within Pakistan that wanted the matter to stay unresolved so that TSML plant could be bought off later on.

It is pertinent to mention that the Phase-I of the DRI plant had been completed at a cost of $340 million, while the capital injection in phase-II and III was expected to be in the range of $850 to $900 million. This investment was subject to the commercial success of the DRI plant.