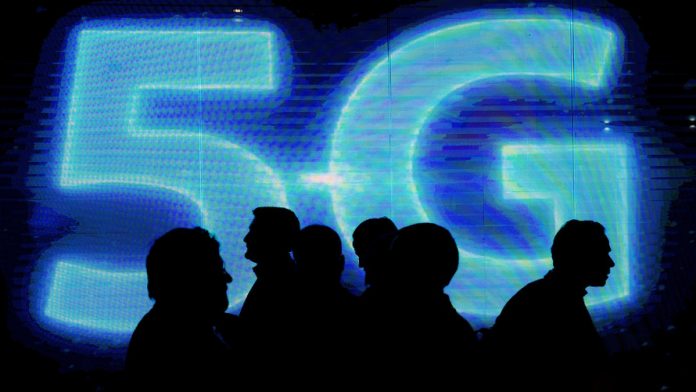 PARIS: A ban on buying telecoms equipment from Chinese firms would add about 55 billion euros ($62 billion) to the cost of 5G networks in Europe and delay the technology by about 18 months, according to an industry analysis seen by Reuters.

The United States added Huawei Technologies, the world’s biggest telecoms equipment maker, to a trade blacklist in May, prompting global tech giants to cut ties with the Chinese company and putting pressure on European countries to follow suit.

Washington alleges Huawei’s equipment can be used by Beijing for spying, something the company has repeatedly denied.

The move by US President Donald Trump’s administration comes as telecoms operators worldwide are gearing up for the arrival of the next generation of mobile technology, or 5G, which promises ultra-fast mobile internet for those able to make the heavy investment needed in networks and equipment.

The estimate is part of a report by telecoms lobby group GSMA, which represents the interests of 750 mobile operators.

GSMA has already voiced concerns about the consequences of a full ban on Huawei, whose products are widely purchased and used by operators in Europe. Huawei is one of the key supporters of the lobby group, several industry sources said.

The 55-billion-euro estimate reflects the total additional costs implied by a full ban on purchases from Huawei and Chinese peer ZTE for the roll out of 5G networks in Europe.

The two Chinese vendors have a combined market share in the European Union of more than 40pc.

“Half of this (additional cost) would be due to European operators being impacted by higher input costs following significant loss of competition in the mobile equipment market,” the report said.

Finnish telecoms equipment maker Nokia said that was not true.

“We offer a technical solution whereby we can overlay our 5G equipment on top of another vendor’s 4G gear. This solution could reduce the cost and complexity of vendor changes,” spokesman Eric Mangan said.

Nokia said this week it had moved ahead of Huawei in total 5G orders and had seen increased interest in its 5G offering from European countries that have been debating the role of Chinese vendors in their networks.

According to the report, a ban would also delay the deployment by 18 months of 5G technology, which will be used in areas ranging from self-driving cars to health and logistics.

“Such a delay would widen the gap in 5G penetration between the EU and the U.S. by more than 15 percentage points by 2025,” according to the report.

This delay would result from delivery challenges for other major equipment makers, such as Ericsson, Nokia and Samsung, in the event of a sudden surge in demand.

It would also follow from the need for telecoms operators to transition from one set of equipment to another.