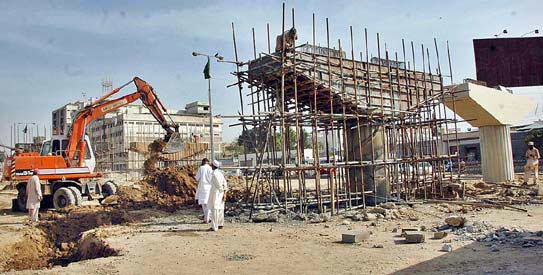 The finance bill for the FY2019-20 was presented by State Minister for Revenue Hammad Azhar, who said the funds were allocated in line with the government’s policy to promote harmony and national integration.

Of the total outlay, Rs 951 billion was set aside for the federal ministries and divisions, whereas Rs912 billion was earmarked for the provinces, according to a budgetary document, which further noted that the National Economic Council (NEC) had approved the PSDP allocations on May 29, with foreign assistance worth Rs127 billion.

According to the budgetary document finalised by the Ministry of Planning, Development, and Reforms, the budget for PSDP, through an extensive consultative and participatory process, would carry forward the strategic vision of the government.

The China-Pakistan Economic Corridor (CPEC) continued to remain in the spotlight and projects had been fully funded.

Separately, the government set aside funds to make Pakistan clean and green to mitigate the adverse effects of climate change and enhance tourism.

An amount of Rs155bn has been allocated for the NHA, Rs 41bn for the National Transmission & Despatch Company and Pakistan Electric Power Company (NTDC/PEPCO), Rs 5bn for the Earthquake Rehabilitation and Reconstruction Authority (ERRA), Rs32.5bn for the relief and rehabilitation of IDPs [internally displaced persons], Rs32.5bn for Security Enhancement, Rs10bn for the Prime Minister’s Youth Skill Development Initiative, Rs2bn for the Clean Green Pakistan Movement/Tourism, Rs1bn for the Gas Infrastructure Development Cess, and Rs 48bn for tribal districts under the head of Merged Areas 10 Years Development Plan.