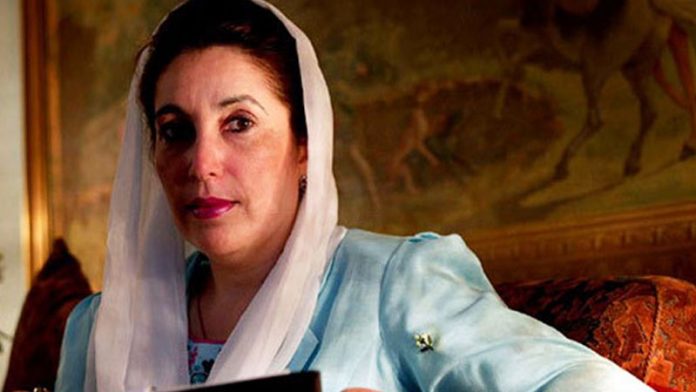 Pakistan’s economy was currently standing at the crossroads and the government intended to address the issues through meaningful tax reforms.

As relevant as the above-mentioned may seem in the current economic scenario, this was actually stated by former prime minister Benazir Bhutto some 30 years ago.

In an interview after her first tenure as the PM, Bhutto highlighted and gave solutions to some of the loopholes in the governance system.

“Out of the total 130 million people, only 800,000 people pay taxes. And out of these taxpayers, around 500,000 are government servants, whose taxes get deducted at source. This leaves us with only 300,000 taxpayers,” she said during the interview, videos of which were making rounds on social media.

Bhutto had stressed the need for the documentation of the economy, saying that a stringent taxation regime was the answer to Pakistan’s economic woes.

The former prime minister had also called for a crackdown against those individuals who lived in fancy houses and drove luxurious cars.

“I told the (state) machinery to take action against those people who enjoy a lavish lifestyle but don’t pay taxes. If they can afford a Land Cruiser or a 1,000sqft house, then they can also afford to pay taxes.

Bhutto had also touched upon the privatisation of the taxation system. “Somebody (a company) came to me and asked for a market in Lahore. The company had vowed to collect 30 times the revenue which the government generates from that market.”

The former PM said that she wanted to go ahead with the proposal but then she was accused of corruption.

“They argued that I should issue a public tender in this regard, whereas I wanted to go ahead with the company that offered maximum revenue generation.

“I wanted to reward the company because it brought an innovative idea to the table and such innovations should be encouraged.”

Although the interview took place some 30 years ago, the issues highlighted by the former PM are still relevant today. Incumbent Prime Minister Imran Khan has been striving to execute the same policies which Benazir Bhutto couldn’t during her time as PM.