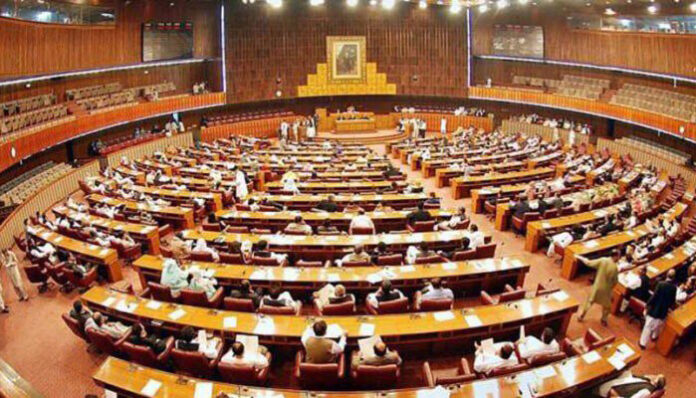 ISLAMABAD: The Federal Board of Revenue (FBR) on Thursday informed a parliamentary body that the board collected a ‘meagre’ sum of Rs5.5 billion through the two tax amnesty schemes introduced by the Pakistan Muslim League Nawaz (PML-N) and Pakistan Tehrik-e-Insaf (PTI) government in 2018 and 2019.

In a bid to fatten up the reserves, the two governments whitened around Rs 94.115bn in 325 cases of assets declaration, the officials disclosed during a meeting of the National Assembly’s Standing Committee on Finance, chaired by former finance minister Asad Umar.

During the meeting, FBR chief Shabbar Zaidi briefed the committee that out of a total of 325 Pakistani nationals who had assets abroad, some have availed schemes.

As per the documents, FBR collected Rs2.89bn in taxes against assets worth Rs62.335bn in 2018 when 135 individuals declared their assets under the scheme. Similarly, the board also whitened Rs31.78bn worth assets of tax evaders in return for only Rs1.694bn in taxes against 56 cases in 2019.

As per the official data recorded as on October 31, 2019, at least 19 cases out of the 325 were still pending, whereas in 134 cases, people approached the courts against FBR. Only 191 individuals out of the total 325 cases had paid the taxes.

‘AMNESTY SCHEMES ARE WEAKNESS OF STATE’

PML-N lawmaker Ayesha Ghous Bakhsh also questioned the use of the amnesty schemes despite a lacklustre response.

Briefing the lawmakers about steps taken to document the economy and tighten the noose around people who have undeclared assets, FBR Chairman Shabbar Zaidi said data was being shared with 55 countries under the scheme like Residence by Investment (RCI), which would be used to circumvent reporting of bank and financial account information under the OECD’s Common Reporting Standard (CRS) framework.

The officials briefed the Committee with regard to the data received through the Automatic Exchange of information from Organisation for Economic Co-operation and Development (OECD).

Shabbar Zaidi informed the committee that out of the 55 countries, the United Arab Emirates (UAE) was not sharing Iqama and other details under the agreed terms of these countries.

During the meeting, Economic Affairs Minister Hammad Azhar briefed the committee about the updated position on the Financial Action Task Force (FATF).

He apprised the committee that Pakistan “significantly completed the action plan on 22 items out of 27” given by FATF under the International Co-operation Review Group (ICRG).

He informed that plenary meetings of the FATF were held in Paris during October 13-18, 2019, wherein Pakistan Progress on 27 point FATF Action Plan from July 2018 to September 2019 was reviewed.

He informed that ICRG in the last meeting expressed its satisfaction on the progress about the measures taken by the government.