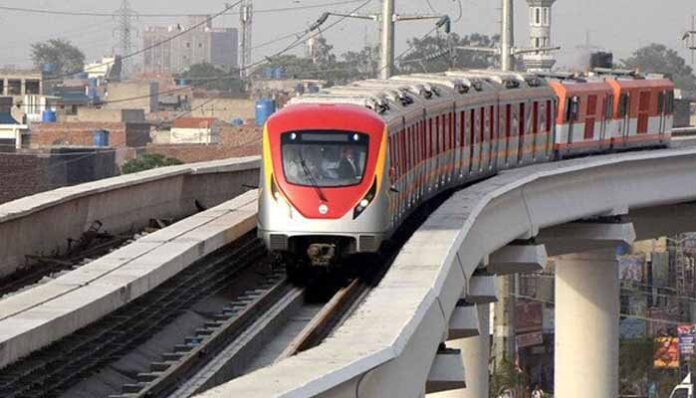 LAHORE: The Pakistan Tehreek-e-Insaf (PTI) government on Tuesday re-inaugurated the test run of Orange Line Metro Train but the development came with startling revelations as authorities decided to run the train on electricity instead of the previously-approved locomotive diesel engine.

Powerhouses have been established on the track. Those near the University of Engineering and Technology (UET) station and Multan Road station will be given 54MW electricity each. To provide interruption-free 24/7 power supply, the Lahore Electric Supply Company (LESCO) will install four circuits of 132KV at the powerhouses.

Interestingly, the 108MW supply which has been approved for the metro train is equal to the supply to over 150,000 consumers in Lahore. This was confirmed by a LESCO official, who himself is an electrical engineer. He told this scribe that this would not only cause an additional burden on the public treasury but would also create an electricity shortfall.

According to figures given out the official, if the train uses the approved load of 108MW then the government will have to pay 13.3 billion to LESCO per year and 1.1 billion per month in line with the commercial unit rate of Rs13 applied to the project.

However, LESCO chief Mujahid Pervaiz Chattha claimed that they have enough electricity to avoid burdening the residents of the city.

The project’s test run was inaugurated by Punjab Transport Minister Jahanzaib Khan Khichi alongside Punjab Information Minister Fayyazul Hassan Chohan in the presence of ministers and officials of the provincial government.

Addressing the ceremony, Khichi said that the physical infrastructure of the project is complete and the Rs15 billion will be saved annually through cutting down travel time and vehicle operations.

During the test run, the train travelled 27.1km within 45 minutes from Dera Gujjran Terminal and ended at Ali Town station. All metro stations were closed with shutters while the Special Protection Unit (SPU) was also deployed for security.

Out of the total 27.1km of the train’s track, 25.4km (26 stations) is elevated and 1.72km (2 stations) is underground. The stations at Jain Mandir and Shalimar gardens have been established on heritage architectural pattern. The central control room has been set up at Dera Gujran Terminal.

The OLMT is planned to be in operation for 18 hours per day between 05:30 and 23:30 and will be operated as a joint venture of China Railway and Norinco for the first five years and the infrastructure is expected to have a lifespan of approximately 100 years with routine maintenance.

Five bogies will be included in one set of train and 50 people can sit in one bogie, however, 250 people would travel easily in one set and 800 people can travel standing. The line through 26 stations will accommodate almost 250,000 passengers daily and it is estimated that the station will serve 24,520 passengers per hour in the first year of its operations and would rise to 49,550 by the year 2025.

It is worth mentioning here that former Punjab chief minister Shehbaz Sharif had already inaugurated the test run of train on 16 May 2018, from Islam Park station to Lakshmi Chowk station whereas at that time the test run was made through a diesel locomotive engine. According to the PC -1, the project was planned to be completed in 27 months but later the stay order from the Lahore High Court (LHC) and the authorities’ negligence and improper planning delayed the project past 50 months.