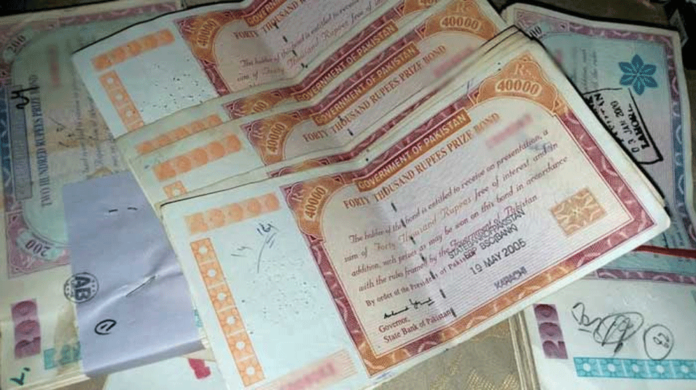 KARACHI: Investors surrendered about Rs250 billion worth of ownerless prize bonds of  Rs40,000 denomination following the government decision to freeze sales of these instruments after complaints of huge amounts of black money used to buy these bonds, Central Directorate of National Savings (CDNS) data showed.

According to local newspaper report, the amount was surrendered till January 2020, which is around 97 percent of the total invested amount till May 2019. The State bank of Pakistan had given the holders of bearer bonds of Rs40,000 denomination March 31, 2020 as deadline to surrender their instruments otherwise the securities would not be acceptable as legal tender.

The Rs40,000 Premium Prize Bond (Registered) were launched with effect from March 10, 2017, by the then finance minister Ishaq Dar of Pakistan Mulim League-Nawaz government to attract investors. But the current Pakistan Tehreek-e-Insaf government announced to discontinue the circulation of Rs40,000 denomination national prize bonds in June last year.