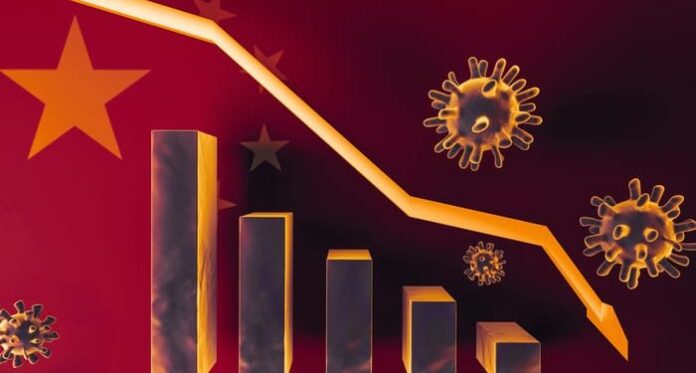 $4 TRILLION BILL FOR CRISIS? The Asian Development Bank forecasts that the coronavirus pandemic will cost the world economy as much as $4.1 trillion, or nearly 5pc of all economic activity.

The regional lender said Friday that growth in developing Asia would likely fall to 2.2pc in 2020 from 5.2pc last year. China, the region’s biggest economy, saw double-digit contractions in business activity in January-February and will likely see growth fall to 2.3pc this year from a three-decade low of 6.1pc in 2019, the ADB said. China’s losses from shutdowns and other costs due to the pandemic could add up to $692 billion if containment efforts drag on. But the ADB estimated that growth would bounce back next year to more than 7pc.

In Europe, a key gauge of activity in manufacturing and services fell to a record low, suggesting an annualized drop in GDP of about 10pc for the 19-country eurozone.

BIG HELP FOR SMALL BUSINESS: Finance officials in China have promised to ensure that entrepreneurs, who are the country’s economic engine, get the loans they need to recover from the pandemic. The central bank plans to make 1 trillion yuan ($140 billion) available to commercial banks for lending to small and medium-size enterprises, most of which are privately owned.

The ruling Communist Party began easing travel and other restrictions in early March to revive the world’s second-largest economy after declaring victory over the outbreak. The central bank also said this week local governments will be allowed to issue more bonds to finance spending on public works construction and other projects meant to shore up economic growth.

In Britain, the government is broadening the scope of an emergency loans scheme for businesses, enabling a wider range of small businesses to tap a 330 billion-pound fund of loan guarantees. So far, only 1,000 out of 130,000 loan inquiries have been approved.

CRASH COSTS CRASHING: One of France’s largest auto insurers says costs are crashing as tens of millions of drivers stay home in coronavirus shutdowns. The MAIF said Friday it plans to refund some of the savings from a 100 million-euro ($108 million) drop in traffic-accident payouts. It said the rebate to clients with vehicle insurance will likely be about 50 euros ($54) each. They will be given the option to donate the refunds to medical personnel, vaccine research or charity.

The insurer said traffic accidents are down by 75-80pc due to the shutdown, which in France will last until April 15, possibly longer.

ZOOM: At the end of last year, the video-conferencing company Zoom had about 10 million daily users. By March, it was 200 million. CEO Eric Yuan is addressing some of the security concerns that have arisen as tens of millions of workers fled the office and logged in to Zoom.

The company is enacting a 90-day freeze on new features so that it can deal with concerns about privacy on the platform. It’s also bringing in third-party expertise to assess how it’s handling user security.

Among the issues disrupting users is “zoombombing,” when people who are not part of a group break into a Zoom meeting to post images or memes.

BREAKING THE PIGGY BANK: Southwest Airlines drew down $2.33 billion from an existing credit agreement, according to a regulatory filing Thursday. It also plans to apply for a share of $25 billion in federal grants to cover airline payroll costs for the next six months.

Companies in the travel sector have aggressively gathered whatever cash is available to ride out the coronavirus, but they certainly are not alone.

According to S&P Global Market Intelligence, which tracked 200 corporations across all economic sectors for its analysis, companies have accessed credit lines for $154.79 billion through March 27. The consumer discretionary sector, which includes auto manufacturers, travel and tourism companies and retailers, led the way.

GM and Ford were the biggest borrowers, each tapping more than $15 billion in credit.

ARMY OF UNEMPLOYED: Estimates for the first waves of job losses in the US related to the outbreak were all over the map. The actual number blew all of those estimates away Thursday. The Department of Labor reported more than 6.6 million Americans applied for unemployment benefits last week, far exceeding a record high set just last week.

GE Aviation is furloughing half of the workers in its U.S. jet engine assembly and component manufacturing unit. GE would not give a specific number of layoffs, but the unit has 26,000 US employees, including those who perform other jobs such as maintenance and repair work. Both salaried and hourly employees will be furloughed for up to four weeks, the company said Thursday. GE will continue to provide “income security” and health benefits. The furloughs are in addition to GE Aviation’s previously announced 10pc reduction of its US workforce.

In a letter to employees, Calhoun said the size of Boeing’s market will likely be altered by the virus. Under the voluntary layoff plan, eligible employees will be able to leave with a severance package of pay and benefits.

TRAVEL: Gone unnoticed as millions shut in their homes are skies strangely devoid of aircraft. The number of people flying continues to hit new lows.

The Transportation Security Administration screened 146,348 people on Tuesday, nearly 8,000 fewer than Monday, and down 93pc from one year ago.

The airline, South Korea’s largest, recently put all foreign pilots on unpaid leave for three months and may soon ask its entire workforce of 20,000 to do the same if conditions deteriorate.

The pandemic is expected to wipe out $23 billion in passenger revenue from airlines across the Middle East and Africa this year, according to an assessment Thursday by the aviation industry’s largest trade association.

British Airways reached a deal with unions that will mean no one is fired in the coming weeks and months. The agreement applies to more than 30,000 workers and will mean that the government pays 2,500 pounds ($3,100) of a worker’s monthly salary with British Airways paying the balance up to 80pc of an employee’s pay.