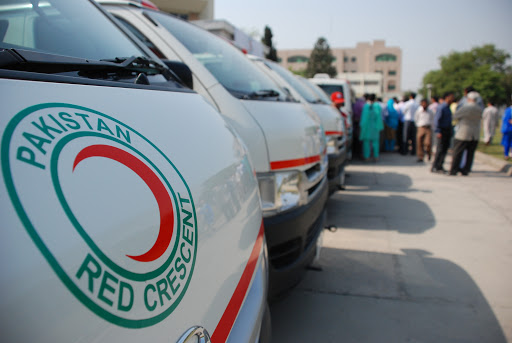 According to details, PRC Muhafiz, an emergency response application that has been recently deployed by the PRCS to fight COVID-19, has been replicated on the model of an existing application in the market developed by tech company Humanetek in 2015. The original application is called ‘Mohafiz’ that provides emergency management services.

Mohafiz mobile application was developed by Humanetek CEO Fahd Mahmood Khan after the fateful Army Public School (APS) tragedy of 2014 to establish a 911-like emergency response service. The application essentially aggregates the pool of first responders from the government, non-governmental organisations and the private sector and notifies the closest emergency responder when a user is in distress and calls for help.

Mohafiz had signed MoUs with various government agencies and for the sort of work it was doing, had also signed an MoU with the PRCS in 2016. Fahd says that even after the MoU had expired, they continued to work with PRCS on various projects such as blood donations. The PRCS therefore knew all about the mobile application.

As per details, on March 4, Fahd Mahmood Khan met Abrarul Haq for a possible collaboration with PRCS to use Humanetek’s Mohafiz application as a response initiative against COVID-19.

“Abrarul Haq had shown willingness to collaborate with Mohafiz. But rumors started surfacing that PRCS had started working on a similar application of its own. They replicated what we were doing, and surprisingly they launched it with the same name – Muhafiz. The only difference in the name is of a vowel,” Fahd Mahmood Khan told Profit.

Fahd further says that though he made attempts to contact Abrarul Haq, formally and informally to discuss the collaboration with Mohafiz app and whether the announcement he had made was an app being developed by PRCS in-house, all such attempts at communication were ignored, which raised the suspicion that the rumors about a similar app being developed by PRCS might be true.

A formal letter was eventually sent to Haq on April 3, requesting that he does not launch the app or that he changes the name of the application.

Nonetheless, on April 4, Haq allegedly convinced President Arif Alvi to approve the launch of the application under the name of Muhafiz, developed by the PRCS. Haq also allegedly failed to inform the president that an application of this type and similar name already existed in the market that was created by Humanetek Pvt. Ltd. more than five years ago and thus is a violation of intellectual property rights.

“Humanetek holds the trademark and copyright registration of the application and already has over 80,000 downloads,” says Fahd.

Although Abrarul Haq did not respond to attempts made by Pakistan Today for comment, the PRCS, in a statement, denied allegation of violation of intellectual property rights in the launch of ‘PRC Muhafiz’ application.

A spokesperson for the PRCS clarified that the application was launched on a purely non-commercial and humanitarian basis aimed at addressing the COVID-19 challenge in an organised manner by fully utilising the potential of the PRCS trained volunteers.

“It is in no way similar to the “Mohafiz” app at all in terms of its name, logo, features and usage,” a statement from PRCS said.

The spokesperson said that the ‘PRC Muhafiz’ application launched on Sunday by President Arif Alvi, who is the patron-in-chief of the PRCS, was a brand name and non-commercial and free of cost initiative under which all the PRCS volunteers referred to as the PRC Muhafiz would collect the data on COVID-19 and use it for a better and prompt response to the challenge.

The spokesperson further said that a year ago, Humane Tek approached the PRCS proposing joint collaboration in the launch of its application ‘Muhafiz’. The proposal was mulled over and rejected, as it was capital intensive and not in line with the PRCS mandate.

After rejection of the proposal, the spokesperson added, the company approached the PRCS through different quarters but it was not accepted as the APP was not viable. The spokesperson further clarified that the PRCS was a purely humanitarian organisation and it acted strictly as per its mandate tailored in accordance with the provisions of the Constitution of Pakistan.

“Such baseless, mischievous, and uncalled for propaganda serves to dent the image of an organisation that has been selflessly serving humanity since the creation of Pakistan,” said the spokesperson.