Electric vehicle policy to be revised after tussle between two ministries 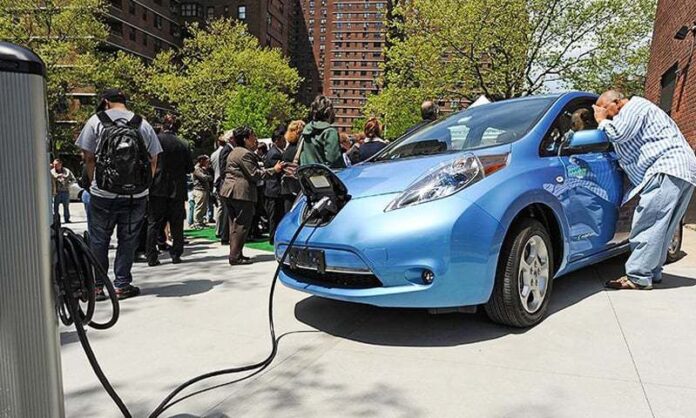 ISLAMABAD: Following a meeting of the ‘Special Committee on Electric Vehicle (EV) Policy’, the concerned ministries and institutions have agreed to revise the already approved EV Policy “to address the concerns of the existing auto industry”.

According to an official who was part of a meeting held on Monday under the chairmanship of Adviser to Prime Minister on Commerce Abdul Razak Dawood, the concerned ministries, including industries & production, science & technology and climate change, have agreed to devise a new EV policy by taking into account the apprehensions of existing market players.

The auto sector had earlier expressed serious reservations over the new policy, which was initially framed by the Ministry of Climate Change and subsequently approved by Prime Minister Imran Khan.

During the meeting, the officials of the Ministry of Industries & Production, along with the Engineering Development Board (EDB), briefed the committee about the implications of introducing a new auto policy to the existing industry.

The officials tried to convince the climate change minister and others that the sustainability of a long-term policy (auto policy) was needed to maintain the confidence of existing players in the auto industry.

Investments were made in the sector keeping in view the already approved Automotive Development Policy 2016-2021, they informed.

After hours of deliberation, the climate change minister and others agreed to devise the EV policy after due consultation with the auto industry.

According to officials, PM’s aide Abdul Razak Dawood, who also held the portfolio of Adviser to PM on Industries & Production till Monday evening, advocated a fair and transparent policy that could be beneficial for consumers and investors alike.

He said the existing policies in the automobile sector have to be allowed to function as well, as continuation of the policy is important to build the confidence of investors.

He said that the EV policy is the need of the hour, particularly because of its impact on the environment. “Its success will depend upon the promotion of local production and assembly, besides ensuring the safety standards.”

He said a comprehensive EV Policy would be designed in consultation with stakeholders, as a part of this government’s existing effort to attract investment in the auto sector of Pakistan,” he added.

Earlier, a tussle between the Industries & Production Division and the Ministry of Climate Change had landed the EV policy in the cabinet.

The Ministry of Climate Change had framed a summary on EV policy to the cabinet, but the role has now been transferred to the Industries and Production Division.

The Industries Division informed the cabinet that the Rules of Business 1972, framed under Articles 90 and 99 of the Constitution of Pakistan, provided a mechanism for a smooth and lawful inter-ministerial/division work in the federal government. Under Rule 15(2) of Schedule 11 of the Rules of Business 1972, the subject of formulation of industrial policy has been allocated to the Industries and Production Division.