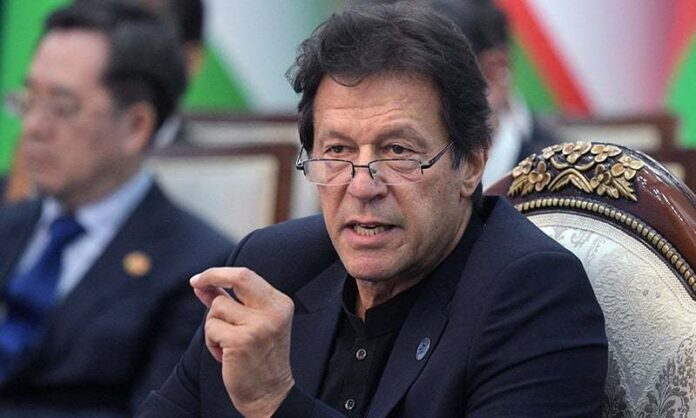 ISLAMABAD: Two days after a high-powered committee tasked with probing the recent wheat and sugar crises submitted its reports to the government, Prime Minister Imran Khan on Monday reshuffled the federal cabinet which saw Makhdoom Khusro Bakhtiar being replaced by Syed Fakhar Imam as the federal minister for national food security.

Bakhtiar has instead been given the charge for the Ministry of Economic Affairs. Bakhtiar has replaced Hammad Azhar, who has been made the federal minister for industries. Industries were being overlooked by Abdul Razak Dawood, adviser to prime minister on commerce, textile, industries and production and investment. No update has yet been issued on whether Dawood’s role has changed after Azhar’s appointment.

The report on sugar crisis named Bakhtiar, then the minister for national food security, as a beneficiary.

The Ministry for National Food Security and Research saw another change, as its secretary Hashim Popalzai was replaced with Omar Hameed.

The prime minister has also accepted Muttahida Qaumi Movement-Pakistan (MQM-P) Convener Khalid Maqbool Siddiqui’s resignation, which he had handed in January this year, as federal minister for information technology. MQM-P’s Aminul Haq has been made federal minister for telecom.

Earlier this year, following the shortage of wheat flour in the country and the subsequent price hike, sugar had also gone missing from the market. Taking notice of the situation, the prime minister had formed a committee to find out those responsible for the crises.

On Sunday, PM Imran had said that he was waiting for the detailed forensic reports, slated to come out on April 25, before taking any action against those responsible.

In a Twitter thread, he said, “I await the detailed forensic reports now by the high-powered commission, which will come out on 25 April, before taking action. God willing, after these reports come out no powerful lobby will be able to profiteer at the expense of our public.”

“After these reports come out no powerful lobby will be able to profiteer at the expense of our public,” he said, adding that the initial reports into sudden price hikes of sugar and wheat have been released immediately without and “alteration or tampering”.

“This is unprecedented in Pakistan’s history. Previous political leaderships because of their vested interests and compromises lacked the moral courage to order and release such reports,” the prime minister added.

A local media house claimed that the prime minister and members of the inquiry commission had been ‘threatened’ with “dire consequences” if the reports were made public.

Soon after news of the reshuffle in the federal cabinet broke on news channels, PTI leader and PM Imran’s close aide Shahbaz Gill claimed that Jahangir Khan Tareen has been “removed” as chairman of the task force on agriculture.

“Mr Jahangir Khan Tareen has been removed as Chair of Task Force on Agriculture in light of findings of Sugar and Wheat Inquiry Report,” Gill confirmed on his official Twitter handle.

He also hinted that further action would be taken against those found guilty for the wheat and sugar crisis.

However, Tareen rejected the reports of his removal, saying he was never the chairman of any task force.

“Hello hello, News being reported that I have been “removed” as C’man Agri Task Force ….I was never chairman of any task force. Can anyone show me a notification with me as C’man ?? Pl get your facts right people,” he said in a tweet from his official handle.

“The sugar inquiry commission has been actively engaging with about 10 mills, including 3 of mine. We are sharing all records asked for. We have given free access even to our server. Nothing has been seized as we are fulfilling all requests We have nothing to hide,” he also said in a follow-up tweet.