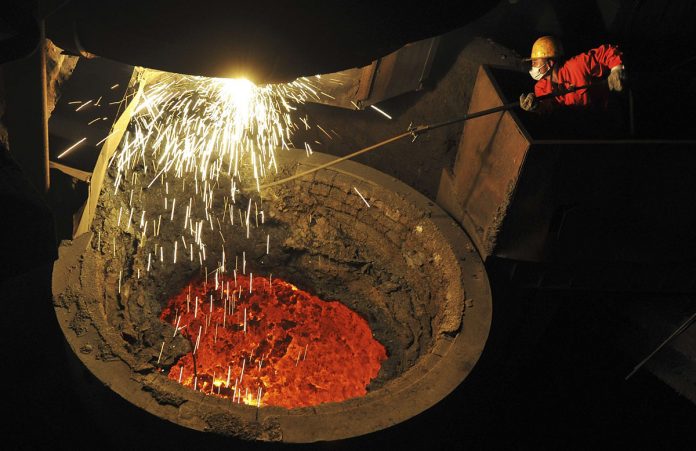 ISLAMABAD: Growth in large-scale industries contracted by 3.03pc during the first eight months of FY20 due to lower than expected demand, rising cost of production and depleting working capital.

According to data released by the Pakistan Bureau of Statistics, large-scale manufacturing (LSM) output decreased by 1.15pc in February 2020 as compared to February 2019 and 0.91pc when compared with January 2020.

According to economists, large businesses are bearing the brunt of high interest rate that remained at 13.5pc till February 2020. In March, the State Bank of Pakistan slashed the rate from 13pc to 11pc on calls from the business community that was struggling to account for the economic impact of the lockdowns necessitated by the spread of COVID-19.

The central bank on Thursday announced further reduction of 2pc in the key policy rate to 9pc, which may affect business growth in months to come. However, the adverse implications of the virus pandemic may further the growth in near future, economics said.

According to the national data collecting agency, of 15 major industries, nine have recorded some growth, whereas output in six industries contracted in the July-February FY20 period.

The Ministry of Industries (MoI), which monitors 15 industries, reported a negative growth of 2.68pc. In February 2020, however, the ministry reported positive growth of 0.38pc over the same month of last year.

The production in July-Feb (2019-20) as compared to Jul-Feb (2018-190 has increased in food, beverages and tobacco, non-metallic mineral products, fertilisers, leather products and paper & board. It, however, has significantly decreased in respect of coke and petroleum products, pharmaceuticals, automobiles, iron and steel products and electronics.

Industries that were producing seven major types of goods recorded a decline in four products, whereas the rest showed a slide growth during July-February of the current fiscal year.

Production of coke and petroleum products decreased by 36.25pc, pharmaceuticals 7.51pc, automobiles 27.16pc and electronics 4.47pc in the eight months period of this fiscal year.

However, iron and steel products posted a growth of 10.82pc, chemicals 10.45pc and engineering products registered a growth of 0.7pc during the same period.