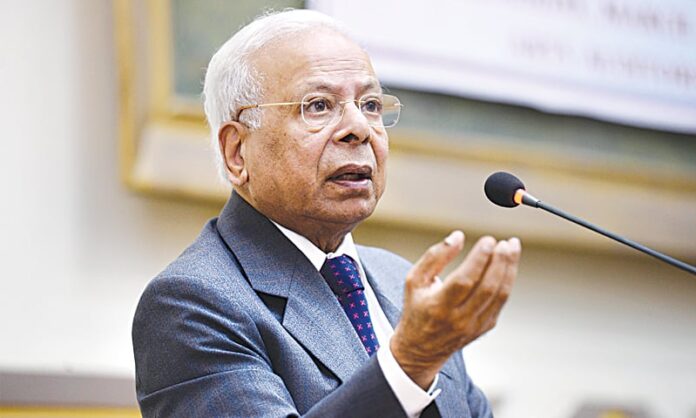 ISLAMABAD: Adviser to Prime Minister on Institutional Reforms & Austerity Dr Ishrat Hussain has submitted to the government his inquiry report regarding the performance of the Competition Commission of Pakistan (CCP), Pakistan Today has learnt.

Contrary to the reservations of Prime Minister Imran Khan, Dr Ishrat Hussain has declared the overall performance of CCP as “satisfactory” and has also opposed the restructuring of the commission.

According to sources, the federal cabinet, after reviewing the inquiry report, would issue advice to the law ministry and the AGP, besides giving approval to appoint members of dysfunctional appellate tribunals which were not appointed since January 2019.

A fact sheet on CCP would be presented in the federal cabinet meeting, said sources.

The federal cabinet, in its meeting held on 10th December 2019, had asked Dr Ishrat Hussain to conduct an inquiry into affairs and possible restructuring of CCP.

The inquiry was conducted in the light of five points. It focused on investigating the CCP’s performance, use of financial and human resources, capacity to hold inquiry after 2007, and legal framework.

As per the inquiry report, CCP after 2007 has issued 127 orders for 26 departments and imposed Rs27.6 billion heavy penalties. Likewise, it has conducted 17 investigative studies, reported on accession and acquisition of 776 companies, 584 exemptions, issued 31 policy notes, and nine opinions etc.

It was also acknowledged in the report that CCP was given a three-star agency rating in 2017 due to its performance and this rating is equal to the rating of Austria, Switzerland, Russia, Turkey and Singapore.

“The appointments of CCP chairperson Vidia Khalil, and members of CCP were done as per concerned law and competition process.”

It was further learnt from the inquiry report that although CCP had initiated action against the sugar sector from 2009, however, a stay order was obtained from Sindh High Court (SHC) and this case is still sub judice in the court (SHC).

Since provinces were not agreeing to accepting the jurisdiction of CCP after the introduction of the 18th Amendment, the apex court (SC) should be approached to resolve this constitutional issue.  Also, CCP has the capacity to hold inquiry and conduct investigation into any department.

Sources aware of the matter claimed that although a lobby is all out to get the chairperson and two members of CCP removed, yet the federal cabiny has lost its moral authority to remove them after the findings of Dr Ishrat Hussain’s inquiry report.