Office hours for all banks across Pakistan are till 4:30pm, business hours for public dealings are till 1:30pm for some banks 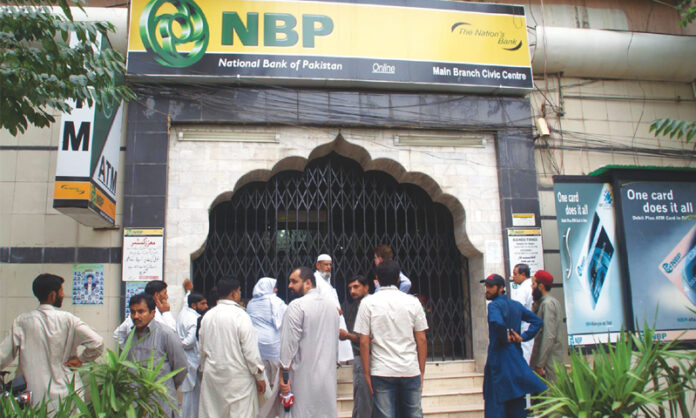 KARACHI: When exactly are banks open until in June? If you are unsure about when your nearest bank branch operates till, you are not alone: anecdotal evidence suggests that customers have been inconvenienced or confused about when they can visit their bank branch, as the COVID-19 situation develops in Pakistan, and the government issues different lockdown recommendations as the weeks go by.

The confusion for customers lies in two separate timings: office hours, and banking hours for public dealings. These timings are not set by the government, but are set by the State Bank of Pakistan (SBP), which banks in Pakistan must follow.

This June, banks are following the latest SBP office hours, and some are also following banking hours for public dealings set by the SBP during the Islamic month of Ramazan (which occurred between April 24 and May 23 in Pakistan).

“Banks / DFIs / MFBs are accordingly advised to ensure compliance of the above-mentioned timings in letter and spirit,” the SBP stated.

Interestingly, an Office Order No.136 from May 27, released by the human resources department of the SBP’s Banking Services Corporation (a subsidiary of the SBP) noted the same office hours, but then also specified its internal business banking hours of 10:00 a.m. to 1:30 p.m. from Monday to Thursday, and 10:00 a.m. to 12:30 p.m. on Friday.

Post-Ramazan, some banks in Pakistan have decided to follow more or less the same business banking hours for public dealings ie. 10:00 a.m. to 1:30 p.m. from Monday to Thursday.

Profit called and confirmed with phone banking officers on customer helplines, and in some cases, spokespersons of various banks, including Bank Alfalah, MCB Bank, United Bank (UBL), National Bank of Pakistan (NBP) and Standard Chartered Bank Pakistan (SCBP), which all maintained that office hours were until 4:30 p.m from Monday to Thursday, while business banking hours for public dealings would be until 1:30 p.m.

The rationale was different across banks. In the case of NBP, the spokesperson used the example of SBP Banking Services Corporation business banking hours as the guidelines to follow. In the case of Standard Chartered Bank, the spokesperson said that after receiving the circular on revised office hours on May 27, the bank called SBP to check when the business banking hours for public dealings should be.

One bank, Habib Bank Ltd. (HBL), was following Circular Letter No. 24 to the letter, maintaining both office hours and public dealing hours to 4:30pm. This was confirmed by both checking the customer helpline, and also by the bank’s spokesperson.

The reduced public dealing hours, which have continued post-Ramzan, has resulted in somewhat of a flood of customers, particularly in the time slot between noon and 1:30pm. This is felt more acutely post-Ramazan, as government relaxations continue and markets open at their usual times of 11am. Due to the overcrowding, some customers have complained of a lack of SOPs being followed (regardless of the bank).

However, the reduced public dealing hours, and more importantly, the reduced office hours, are part of a general plan by the SBP to reduce footfall at physical branches in Pakistan, to control the COVID-19 pandemic.

In that BPRD Circular Letter No. 16, the SBP categorically said that the “measures were to contain the spread of Corona Virus (COVID-19)”

The SBP has also tried to promote digital payments, such as waiving fees on online fund transactions. In Circular No. 2 released by the Payments Systems Department (PSD) on March 18, the SBP said this was to “curtail the risk of spread of Corona Virus (COVID-19) and limit the physical interaction of citizens at branch level”.

When contacted by Profit, the SBP maintained that there had been no update and modification to the latest BPRD Circular Letter No. 24, which says that office hours are till 4:30 pm, and that banks would be informed if there was any such change.

In short: when in doubt, call your bank customer helpline to check when bank branches are open. Chances are you may have to visit before 1:30pm.